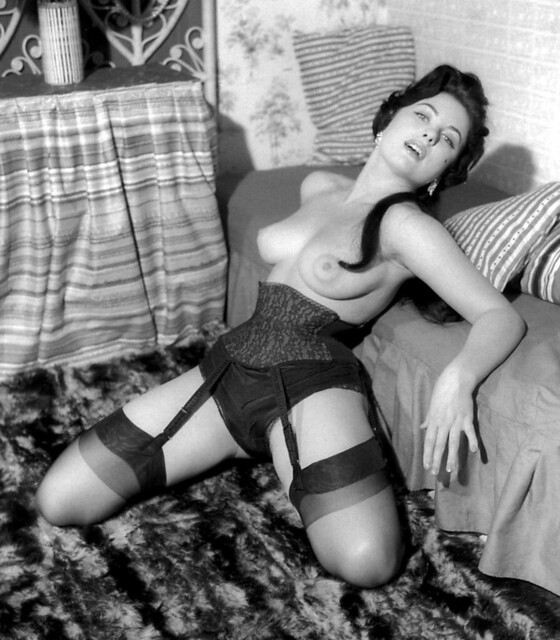 A beautiful shot of a young June taken by Russell Gay and may well have appeared in one of his publications, but it’s unknown as to which and when. I’ve seen a similar shot of June in this outfit before, but that corset looks a damn tight fit to me, but I know that’s the point and gave a woman the curves she craved, but still looks like she can’t breathe! Love the outfit of black panties and stockings, plus the long hair and beauty spot. It also looks to have been taken at the same time as the glamour film ‘So Fur … So Good!‘, also by Russell Gay