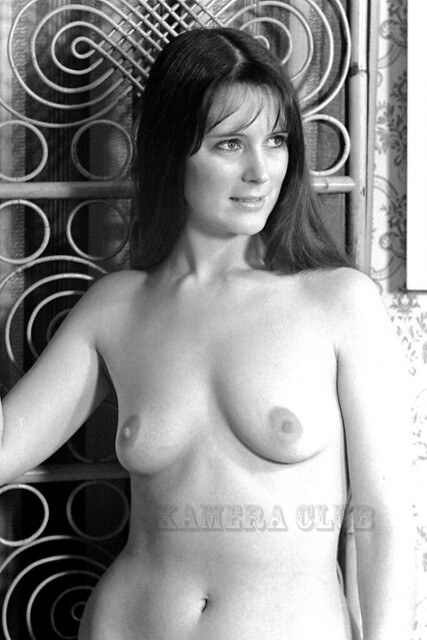 The beautiful Jane Steadman from a restored 35mm black and white negative. Another UK model that was popular in her day with many photographers. This 35mm set is by an unknown photographer, but Jane also posed for Harrison Marks.

Thanks to Paul from Firebird, who is also selling this and other sets over on his eBay page here. 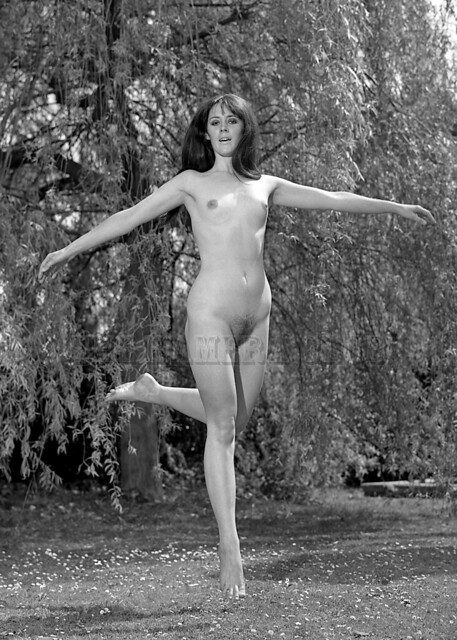 A beautiful shot of until now an unknown beauty taken by Harrison Marks, but now identified as British model Jane Steadman.

This shot was taken in front of the large willow tree on the front lawn at Ewhurst Manor and actually looks as though Jane is balancing on tiptoes like a ballerina. If you look closely though she is actually in mid air or mid jump when the shot was taken, which shows how good GHM was at his craft. To capture someone jumping mid air like that and to get the shot focused manually as it would have been back then is truly remarkable. That’s not to say it didn’t take multiple attempts, but compared to today where you can just keep shooting with instant results this is a superb shot of Jane. Jane also makes the shot work, not only with her slender body, small perky tits and fine bush, but also the perfect mid air pose 🙂

A big thank you must go to Paul from Firebird who’s been sending me multiple model lists and negative strips he’s acquired. Many of which have now helped me identify several more GHM and British models from the 1960’s including Jane.