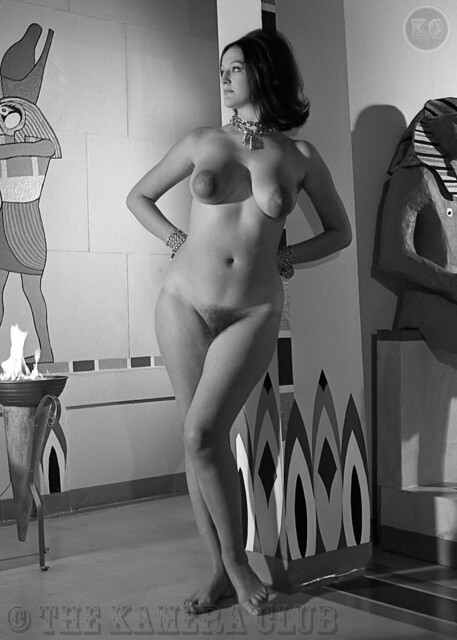 The model known as Laya posing on the Pharaohs Set taken by Harrison Marks in 1966. Laya only appeared in one of GHM’s glamour films, which was Episode 2, ‘The Dance’ in the 4 part series ‘Favourites of the Pharaohs’. Stills taken of Laya on the set were published in Kamera No.75. There was also a set of 35mm colour slides and a set of colour postcards produced.

The above is one of the original stills taken on set of Laya and shows off her beautiful full figure, her thick luscious pussy and those huge dark areola, delicious!