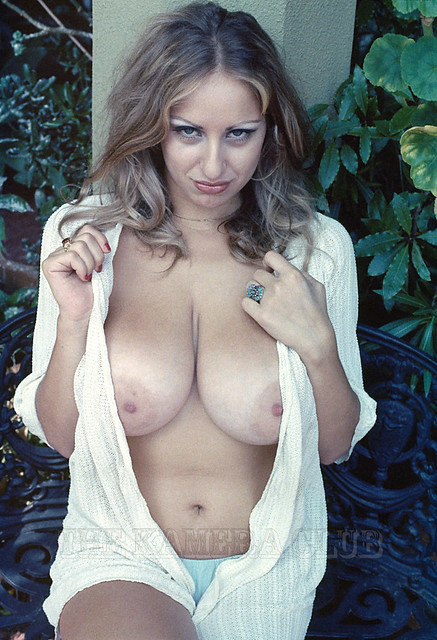 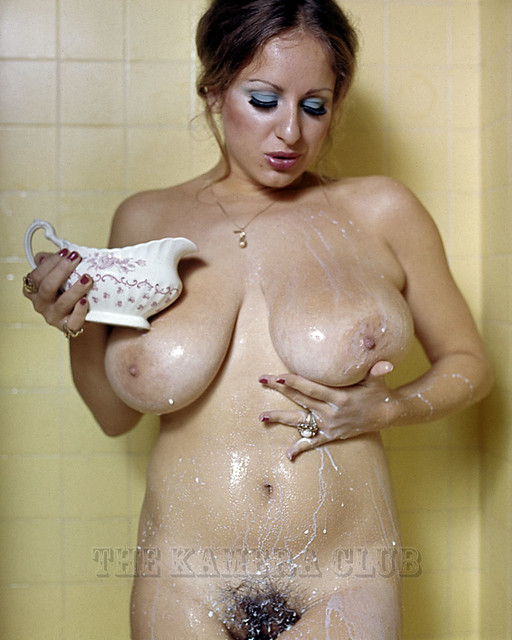 The ample Nika Movenka stood in the shower pouring milk all over her big tits and letting it run down across her body from an original 35mm slide sent over by Kevin. Now don’t get me wrong I really like this shot and the idea, but that’s a gravy boat! If we’re following the correct etiquette here that should be a milk jug and not a gravy boat, but she has got rather a lot to cover so I suppose the gravy boat held more 🙂

I thought I’d posted some shots of Nika before, but checking back it seems not! Another favourite big busted beauty from the 1970’s that I posted over on my old Daysgonebyporn site, where she appeared in a full set of images with none other than Roberta Pedon and Rosalie Strauss