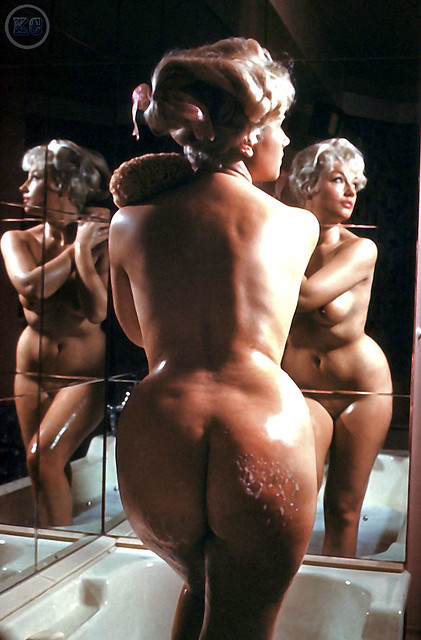 The seventh shot from the spectacular set of Pamela Green posing in the bath for Harrison Marks surrounded by mirrors! I just love the curves and beautiful round arse of Pam as she stands soaping herself down in the bath. Plus you again get a front and rear view of those curves at the same time thanks to the reflection in the mirror. I’ve now published 7 out of 8 of the Pamar slides from this ‘Bath Set‘, so only one left to go plus an original black and white medium format shot thanks to Kevin. 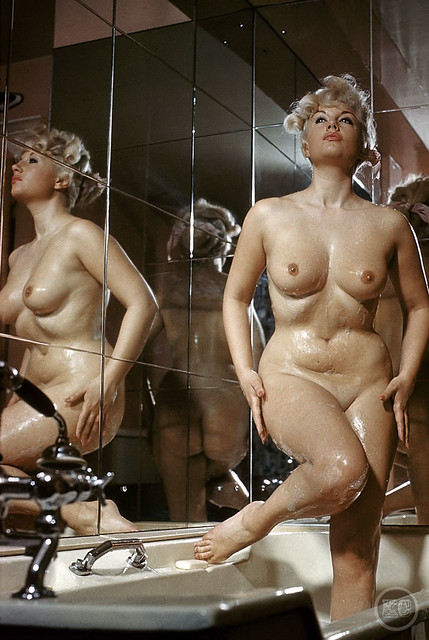 A sixth shot from the spectacular set of Pamela Green posing in the bath for Harrison Marks surrounded by mirrors! I just adore the curves and slightly rounded tummy of Pam as she gets out the bath. Plus you get a front and rear view at the same time thanks to the reflection in the mirror. Only one more shot left to publish of this ‘Bath Set‘, plus an original black and white shot thanks to Kevin. 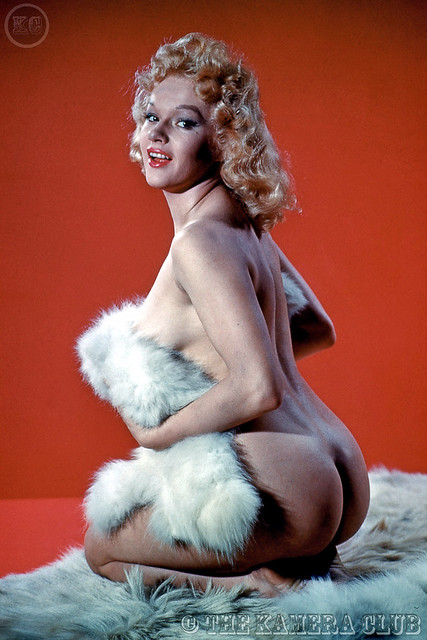 Vanda Hudson kneeling nude on a sheepskin rug with only a Mink Stole to cover her from full exposure . Taken by Harrison Marks she appeared in a set of Pamar Colour Slides (1959), of which this is a scan of one of the slides, plus appearing twice in the 1959 Kamera Calendar, with this shot being used for the November page. I have a further 3 Pamar slides of Vanda posing in front of this red background, but this is as risque as it gets in this set, as she is partially covered or dressed in the others. The only fully topless shot I have of Vanda is this one, so not sure if there are others? 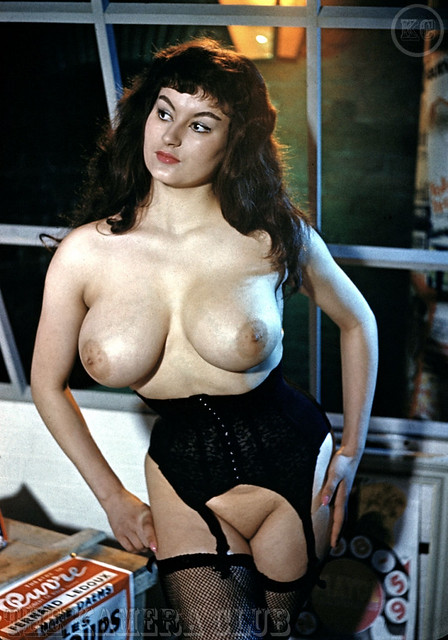 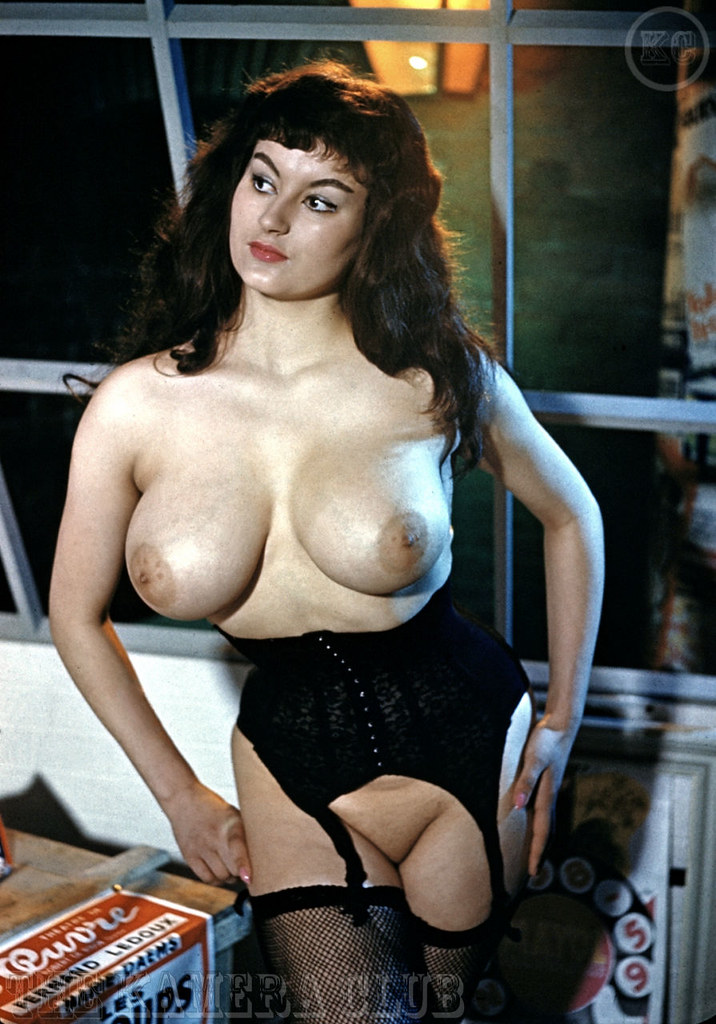 Another shot of the stunning Erica by Harrison Marks and cracking quality from an original Pamar 35mm slide in vibrant colours, which show off Erica’s magnificent tits and voluptuous figure to good effect. I also love how the black corset and suspender belt help highlight her curves and the smooth V shape between her legs!  A perfect shot from this growing set and thanks as always to Kevin for allowing me to share. 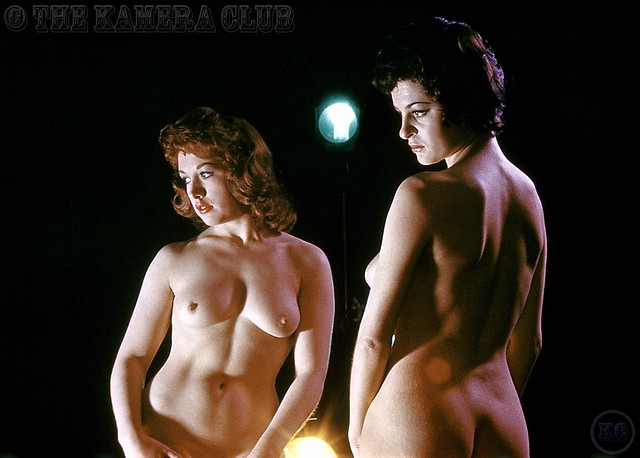 Maria Hale and Jean Spaul (Sporle) from a scan of an original colour Pamar 35mm colour slide. It features Jean and Maria on stage and was probably taken around 1959 at the same time as the other images that appear in the publication Kamera Backstage, as both of the models featured in that magazine on stage.