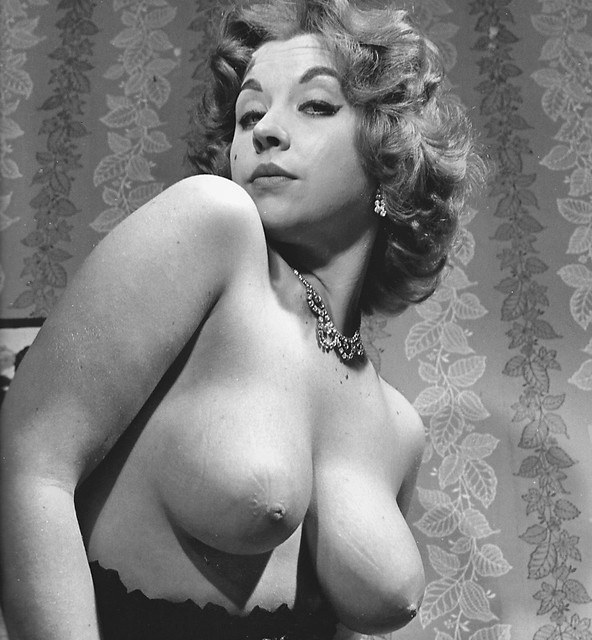 Tina Madison giving you a disapproving look as you try not to stare at her tits! The shots I’ve seen and posted of Tina can be very hit or miss, sometimes she can look really good in them and others a bit rough around the edges.  This falls into the first category, as she actually looks OK in this shot, which comes from the ‘1950’s Glamour Book’ and is a companion to these shots. 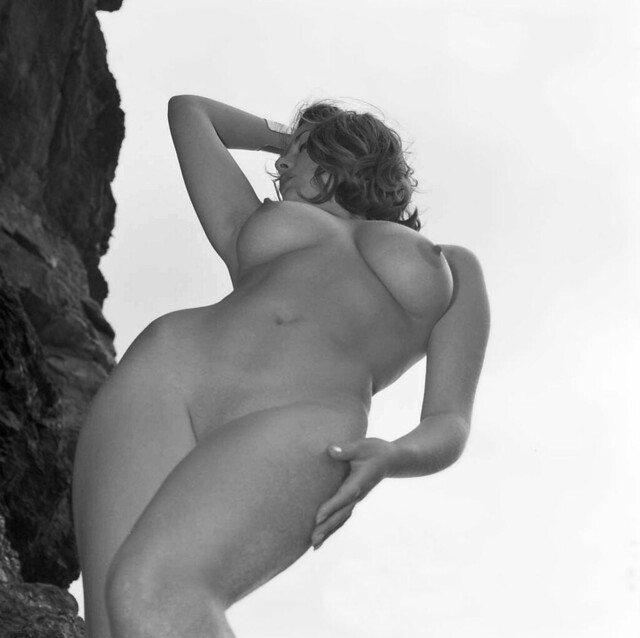 Another shot from this set of June posing on a beach down in Cornwall, but this one doesn’t give us much of a view. In view I obviously mean the scenery and not the wonderful body of June, which is on full display in this shot.

This shot reminded me of a conversation with a member this week, where he accused me of destroying his youth and the angelic image he had of June back then.  In his words he, along with many guys of his age group were completely besotted with June Palmer, but, he never really saw her as anything less than a beautiful artists model (muse) such as above.  Well apparently this site has opened his eyes to the more open and sexier side of June, where we see a little more of her later in her career. I must admit when I started the site for June the images I had seen were like those above and you can see where the angelic muse persona would come from.

I did remind him that I have never seen anything lewd from June, but I do know that throughout her career she was the ultimate professional and although the ‘Angelic’ image of her may be broken, she never gave in to the demanding pressure of more explicit imagery. The most you every get to see of June is full frontal nudity, with her posing playing with her tits etc, but nothing more. In my eyes that has only enhanced the appeal of June as one of the greatest glamour models, knowing she was human and a damn sexy one, but also knowing the appeal she had to her audience and never over stepping that mark.  All I need now is for some to shatter my image of her and prove me wrong about doing anything lewd, but I hope not! 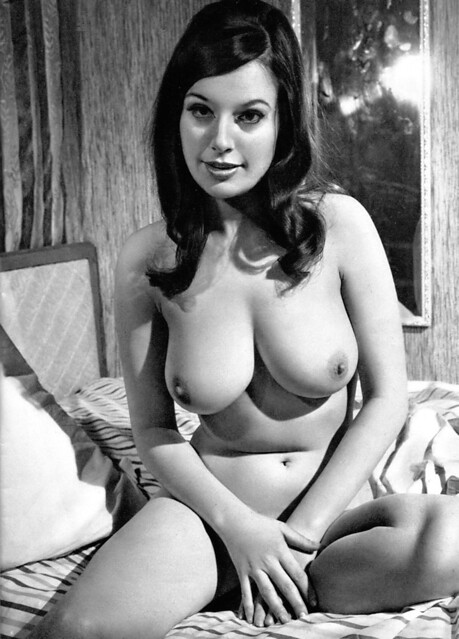 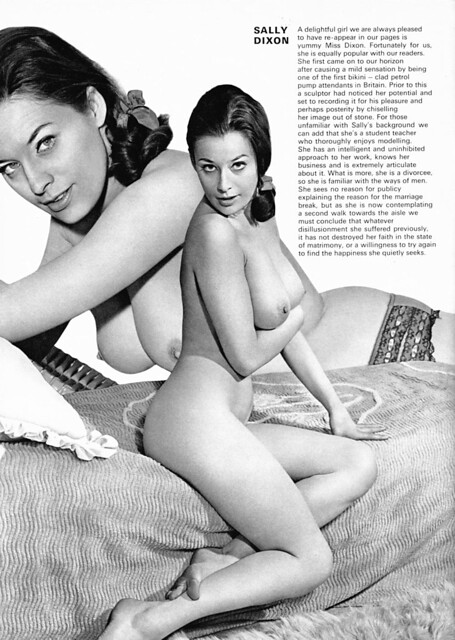 Another double page spread of Sally Dixon from Girl Illustrated Vol.5 No.5 (1971) and I must admit she looks rather good in these shots, or should I say her body and boobs do! The article if it is to be believed says Sally was divorced, but marrying again, but who in their right mind would want to get rid of her in the first place. Maybe she was a Diva to live with, or far too uninhibited for husband number one! 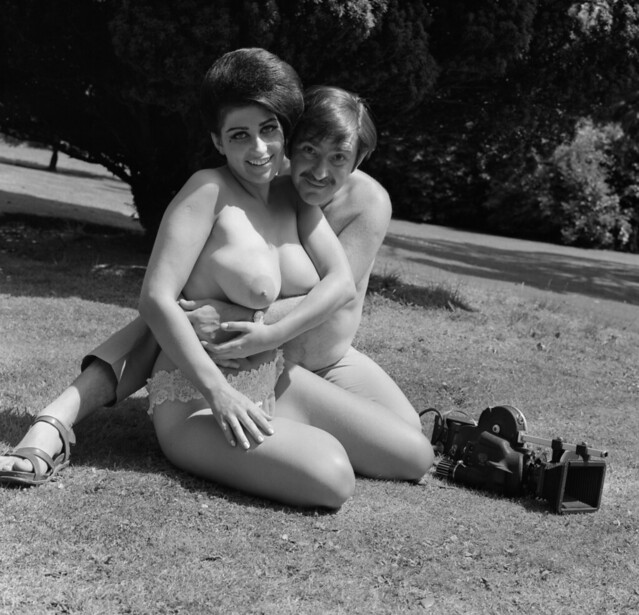 A different shot from an original negative, showing a semi informal shot of Harrison Marks himself posing with Monique Devereux in the late 1960’s. Taken on a sunny day in the grounds of either Ewhurst or Walden (at a guess) it shows GHM giving scantily clad and topless Monique a cuddle for the camera. I’d say a rare shot of GHM in front of the camera, but there seems to be plenty of informal shots around of him with the models taken by his team, and there was always such a photo at the beginning of most editions of Kamera and Solo.  A great shot of him regardless and he has a big grin on his face, but wouldn’t you with your arms wrapped around Monqiue dressed like that!

The camera you can see to his side is an Arriflex cine camera, probably 16mm with extendible hood, so obviously shooting one of the many glamour films he did with Monique. 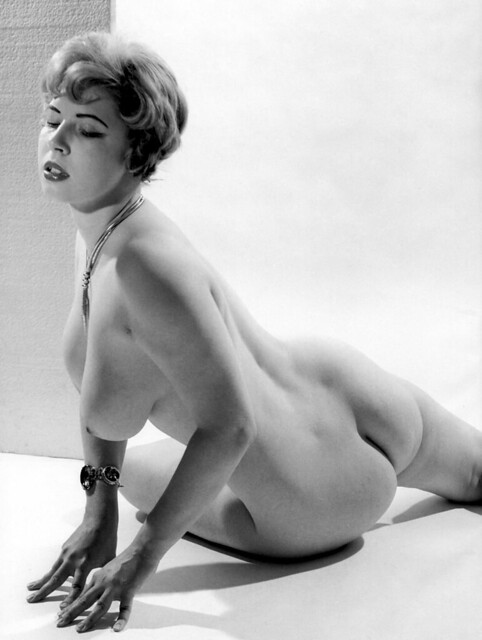 A great shot of QT model Marie Davis as she poses and leans forward on the floor naked, giving us a very good view of her body and boobs. We get a wonderful view of the bumps and curves of her body, including a cracking view of her bum and her pendulous big boobs, delicious!