For those that didn’t realize, didn’t know or don’t care I host and store all my photo’s over on Flickr and I’ve been using the site personally since 2007. I only started using Flickr to host my Kamera Club images in May 2013, but have already amassed over 4000 images that have been published. I tried many hosting options before settling on Flickr, but the main reasons were that you got more control over your images on Flickr than other places. I tried Google+ and Google Photo’s, but they have a very strict policy on nudity and their automated system for checking images regularly removed the most obscure shots containing the odd boob, but would leave a full frontal shot alone!

What I didn’t realize was how many sets I’d amassed in such a short space of time, 219! Thankfully your given a Terabyte of storage and I’ve not even touched 1% of it yet. I’m also a control freak, so all my sets are organised and in order, as you can see below 🙂 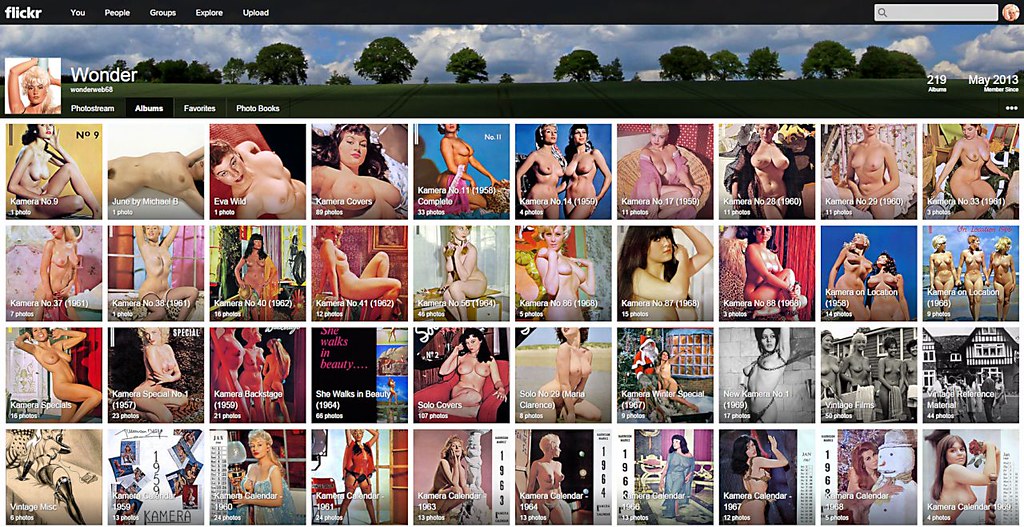 So, if you have a Flickr account feel free to head over to my account and take a look and follow it if you want. you’ll get to see most of my images, well those I’ve published and allow publicly anyway!

The only down side to Flickr is video hosting as they don’t allow very long clips, but I have a solution for that thankfully, so it’s not a deal breaker.

Anyone have any other suggestions?