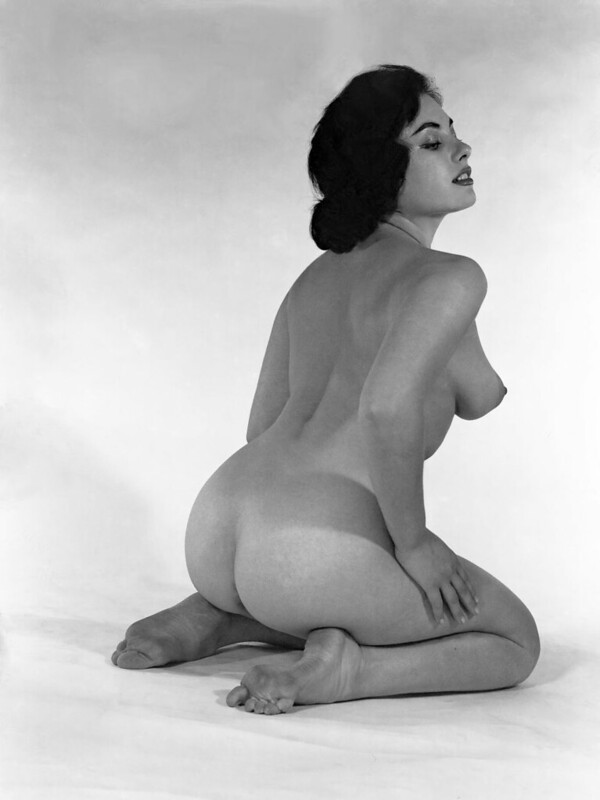 What a view! A nude June kneeling legs apart with her back half tilted away from the camera, thus giving us a perfect view of her wonderful ass and a glimpse of boob in the same shot! An original scan from John’s collection, from his second box of glass plates of June taken in 1960. So many different lines and curves to admire in this restored shot.  This is plate No.11 from box 2 dated 20th September 1960 and taken by Leslie Bainbridge.

And yes ‘Junoesque’ is a real word! 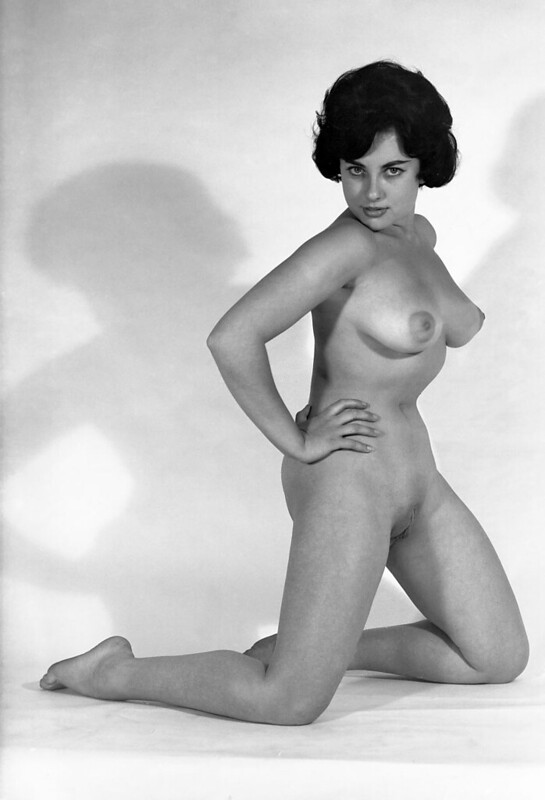 The fourth shot of June converted by John from a set of original glass photographic plates taken by Leslie Bainbridge in 1960 (12th August).

This has to be one of the more intimate shots of June I’ve seen, as it clearly shows her smooth nether region and protruding labia. There are other uncensored shots of June in her early career, but most offer a front view and don’t show the detail as in this shot.  Likewise later in her career she has a more natural look that hides the labia, which is an erotic look in itself. This view of her with no hair just seems so much more intimate and not a view we often see, either by the way June has posed or at the hand of the retouchers! A stunningly intimate pose from June! 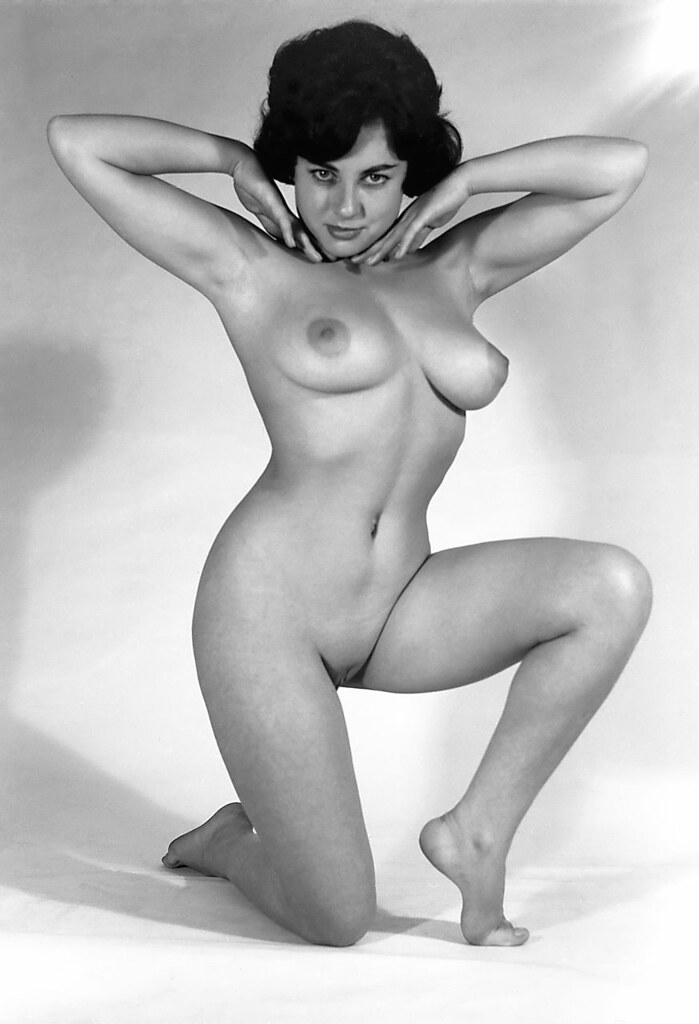 The second shot of June from the first box (12th August, 1960) of photographic glass plates scanned by John. All of these shots show a naked June posing in various potions for the camera and this shot is described on the box as ‘Kneeling on knees front hands under chin’. A beautiful clean shot showing June’s body at it’s best and completely untouched by censors!

Again, below I have a print from the same glass plate showing the ‘mark-up’ of the shot for publication or printing. I don’t recall seeing any of these being published though? 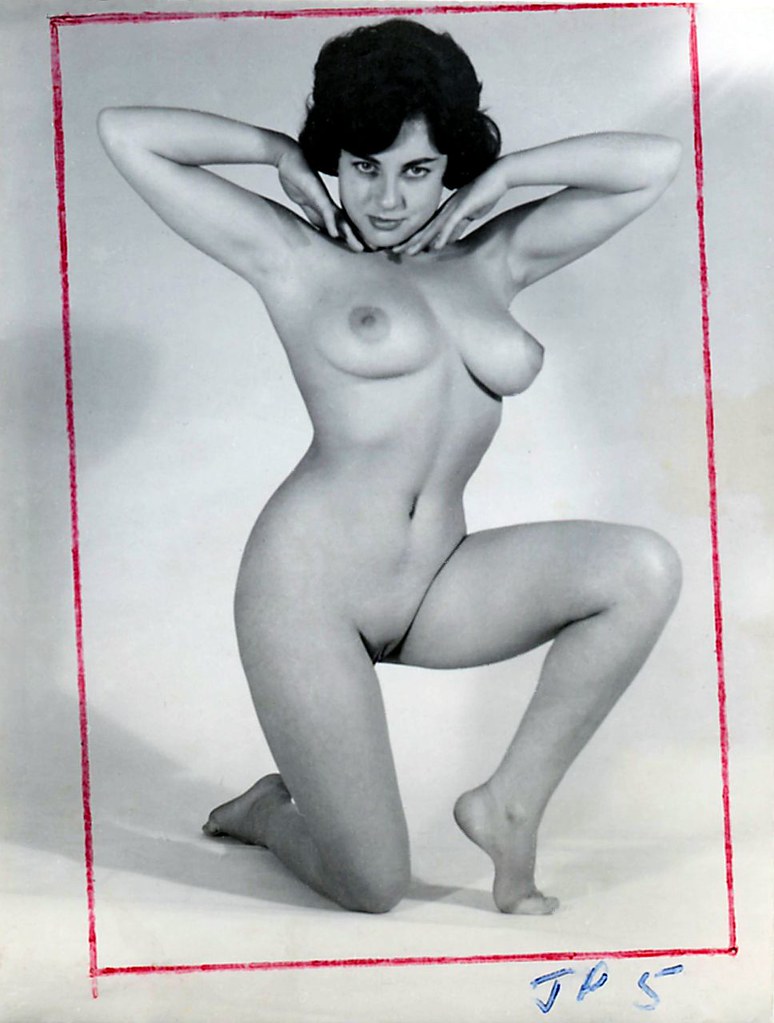 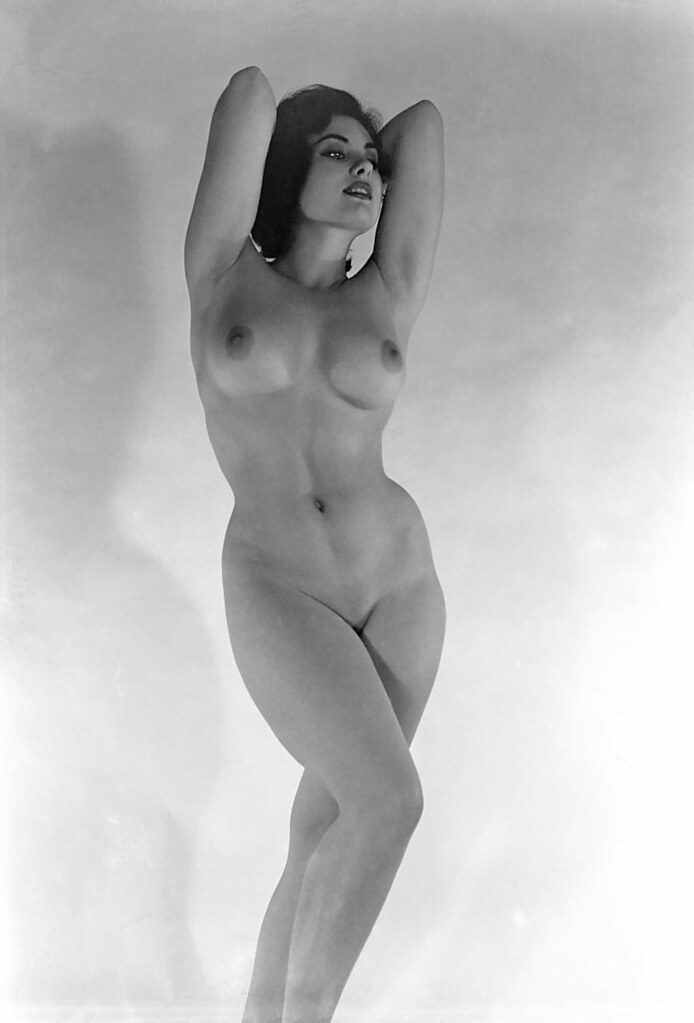 I’m slowly working through the scans of June from John taken from the photographic glass plates! This shot is the second plate from the box dated September 1960 and the description of June’s pose can be seen here. Again with these shots I also have a print of the same shot, but marked up with the cropped details (from Minimunster) and I will publish those anon. 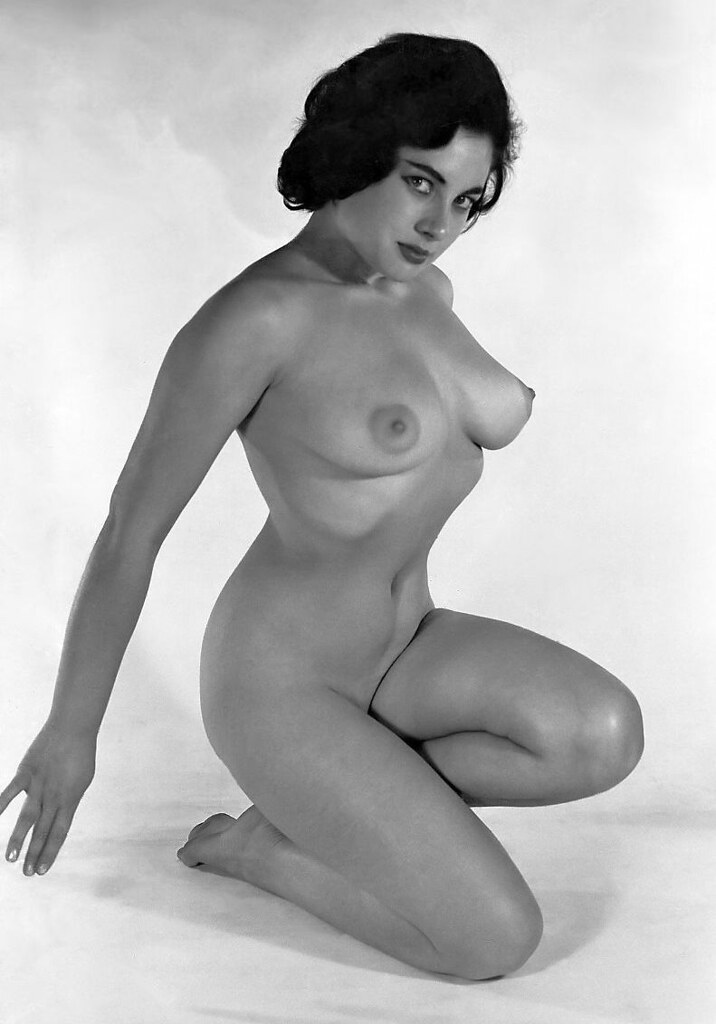 More of June posing Nude from the second set of glass photographic plates scanned by John W. This second set also includes 16 shots of June in various poses taken a month later than the first box (20th September 1960) and the box again lists each pose June did. 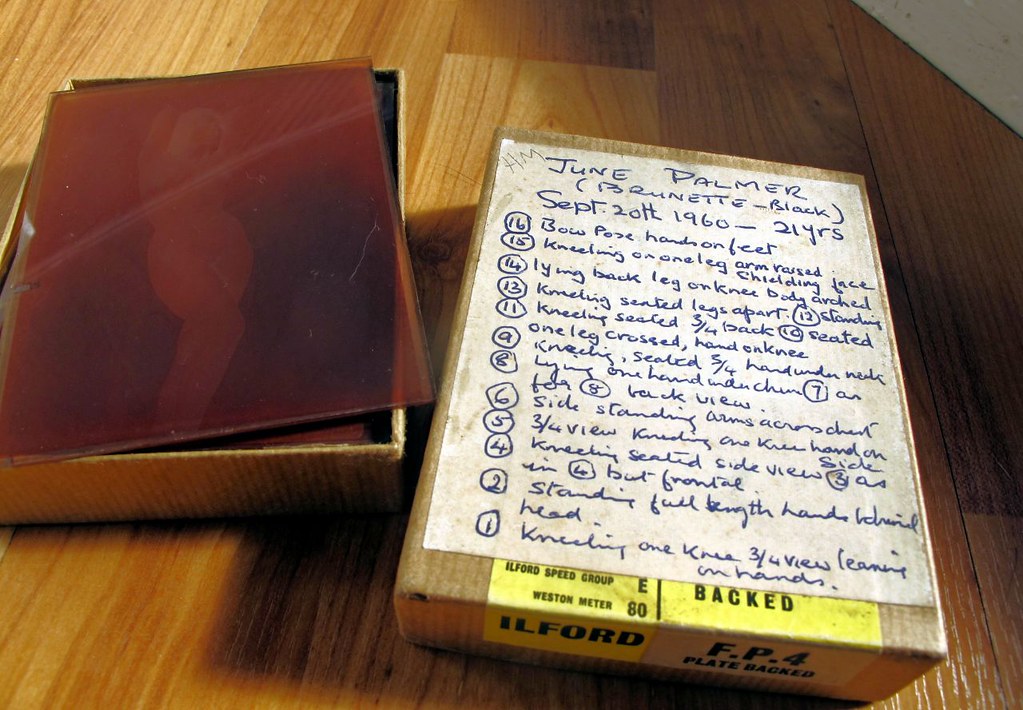 According to the list this is the first shot described on the box as ‘Kneeling one knee 3/4 view leaning on hands.’ Again, the original glass shot was a lot wider than the image above, which you can see below and again I’ve included the original marked up print showing how they wanted the shot to look for publication. 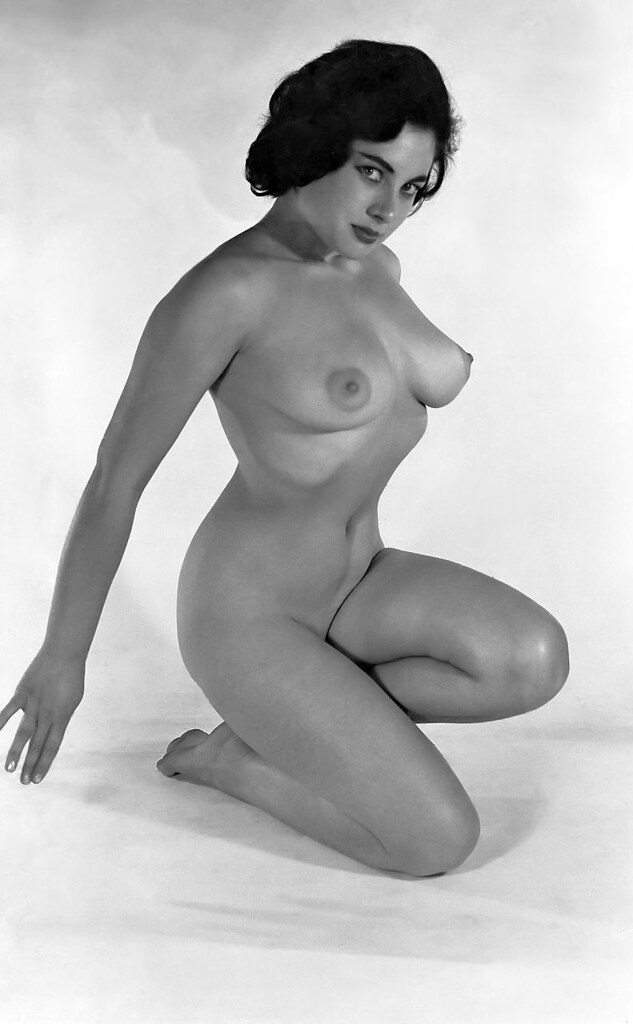 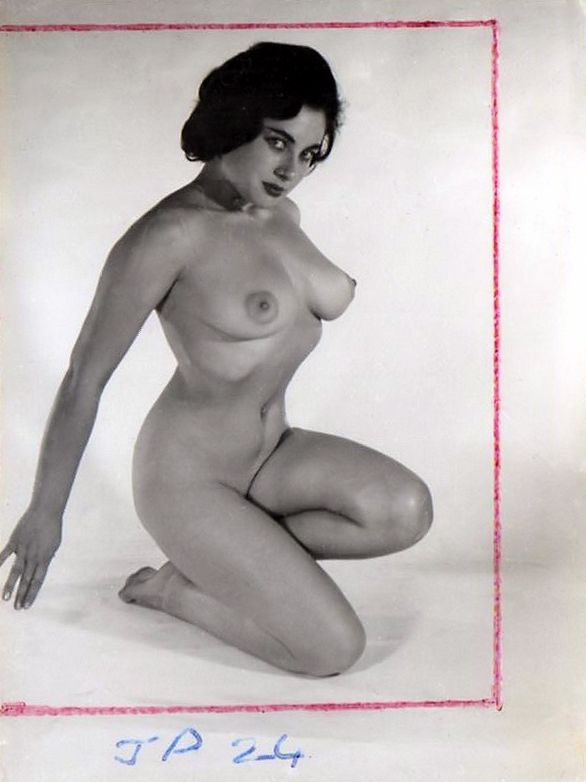 The marked up prints come from Minimunster and on looking, although from the original glass plates seemed to have become separated from the plates and numbered differently? Anyway hope you like my two cleaned up versions, one directly from the glass, the other the cropped version 🙂

Note: These are original images and subject to this copyright notice, but can be individually shared as long as the images remain unaltered and this website is acknowledged as the source.