Marie Deveraux Posing For HM Shots With Pigtails & Daisies (Not Sure if She’s Wearing a Wig Here!) The Beautiful Curves of Marie Deveraux
12+
No comments Classic Nude Poses From a Young Marie Deveraux, Probably Mid to Late 1950’s, Using a Chair, Old Fashioned Bath Tub and a Bongo as a Modelling Aid!
10+
No comments
One of the earliest and most honoured of Harrison Mark’s models. Marie Deveraux seems to have enjoyed a short but highly successful career. According to Marks, she quit the business after getting a job as a stand in for the film and went back to America with the film crew when the shooting was complete.  She appeared in no less than 70 films during the 1950’s and 1960’s including, Brides of Dracula, The Strangers of Bombay, Carry on Cabby, The Rebel and of course as a stand in for Liz Taylor in Cleopatra, which led to her making an appearance for Playboy!
Her modelling career seems to have been very short lived and worked for Harrison Marks from 1957 to 1960. Rumour has it that Marie was introduced to Harrison Marks by a struggling young actor – Michael Caine!
Unfortunately Marie (Pat) passed away on 30 December 2019, but was a true glamour model legend! 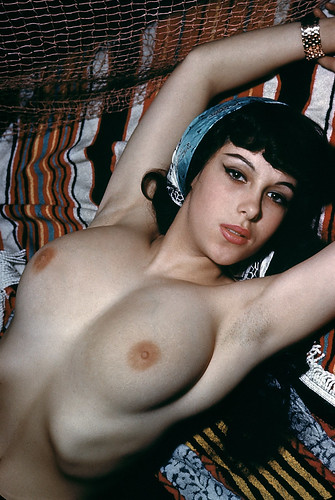 Real Name: Pat Sutcliffe
Date of Birth: 27 November 1940 in Edmonton, London
Modelling Aliases: Marie Deveraux (Given to Her by GHM)

Filmography:
The Stranglers of Bombay – 1960 (Hammer)
The Mark
The Naked Kiss – 1964
Girls at Sea
I Only Asked
Brides of Dracula
Life is a Circus
Carry on Cabby
The Monk
The Singer and the Song
The Rebel
Call Me Genius
His & Hers
A Weekend With Lulu
Hot Money Girl
Cleopatra – Stand in for Liz Taylor Original Version – I actually Think in This Case I prefer the Original Black and White Version
9+
error: Alert: Content is protected !!