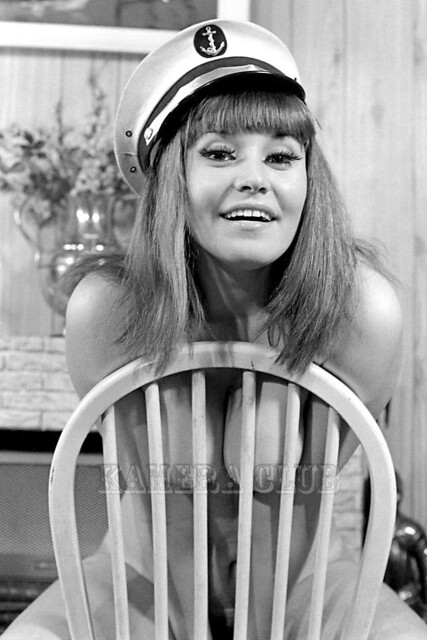 I love this cheeky shot of an unknown model posing like this on the chair. A beautiful face and smile as she leans forward in her sailors hat and not a lot else. She seemed to be a very fun model, as in all the shots I have she’s having fun with a big smile on her face.

No idea who she is, but if anyone can identify her that would be fantastic as I’d love to find more shots of her? A big thanks as always to Paul from Firebird for sending over these great scans 🙂 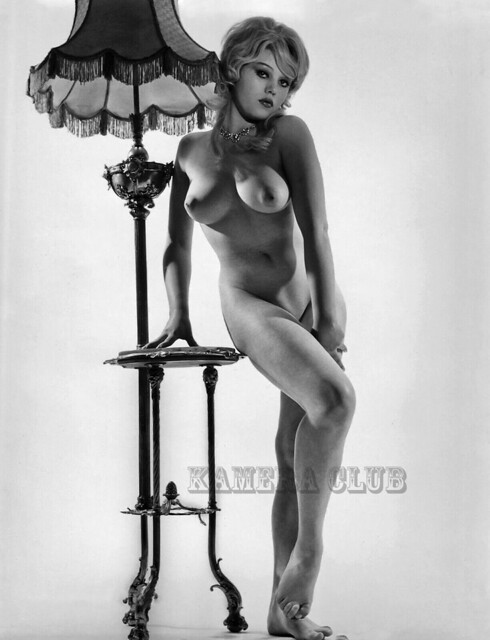 A glorious shot of the late Margaret Nolan. Taken in the studio by Russell Gay a perfect pose by Maggie next to an ornate table and standing lamp. Great lighting in the shot as well and she also seems to be wearing a blonde wig even though it’s similar to her own hair colour. 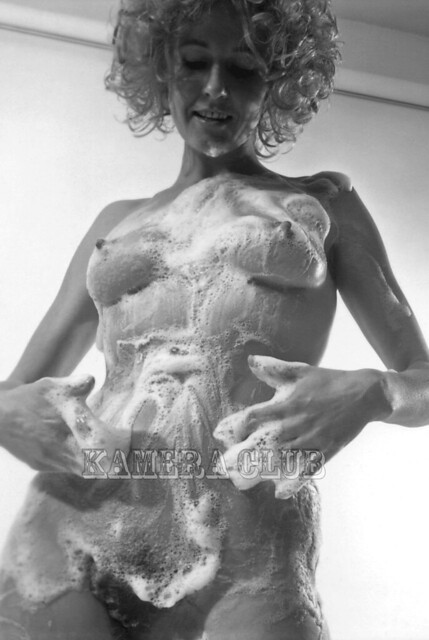 Another shot of a model enjoying some soapy fun. This comes from my vast collection of contact sheets, which cover a large range of photo’s not just glamour. I love this shot and the females figure covered in soap, but still seeing her hairy pussy and those fantastic hard nipples! 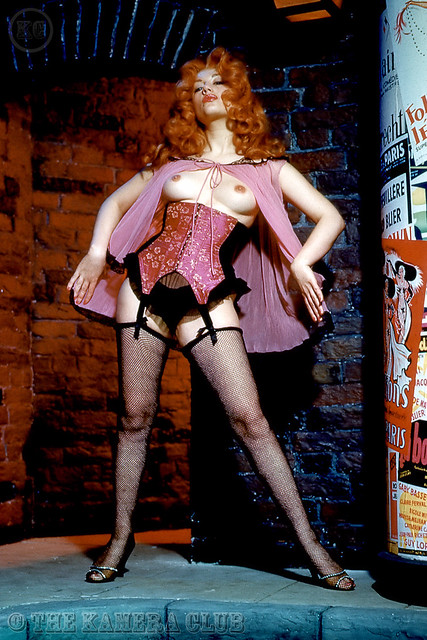 Rita Landre (Pamela Green) posing on the Parisian Alley Set by Harrison Marks. I’ve published several shots of Pam as Rita in this location here, but think it is great shot of her in the pink corset and fishnets.

This shot is even better as it’s in colour, so you get to see Rita/Pam in vivid colour. 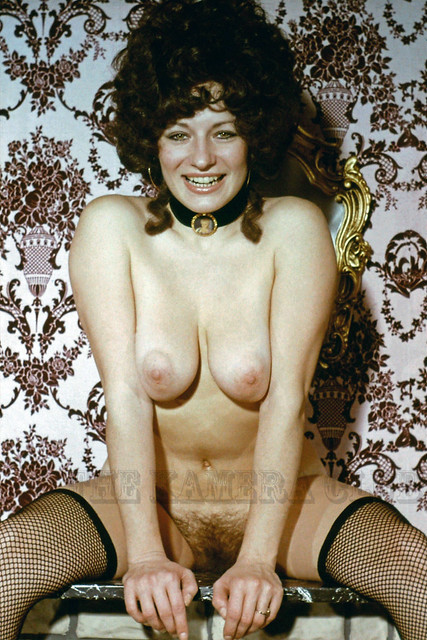