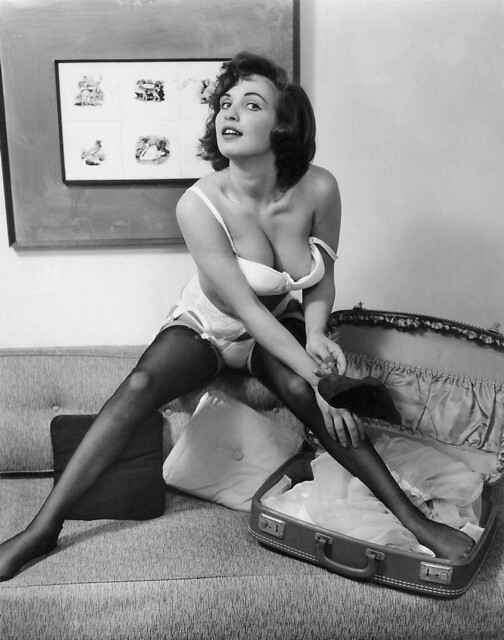 A visual treat of Gloria Lomax (Donna Ambrose) posing in stockings and underwear as she opens her suitcase to reveal her naughty negligee.  I can just imagine this being a scene from a honeymoon, with the bride getting ready for the first night with her new husband 🙂

Well in my mind that is how I see it, but the reality was probably different and more like Olive from ‘On The Buses’! Google an image of her and you’ll understand the reference. Thanks to Kevin for the scan of this original print of Gloria. 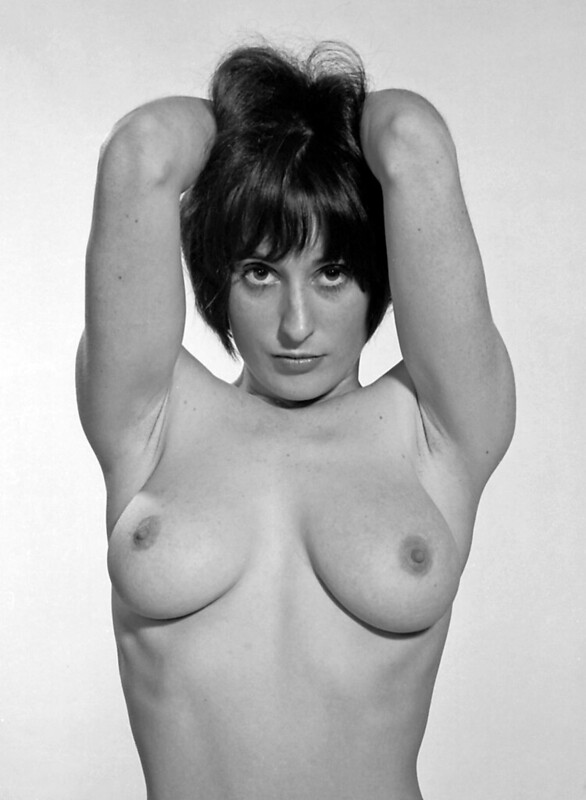 The stunning portrait shot of Ann Walker photographed by Terry Sparks and coloured by Oldiznewagain.
It’s very hard to criticize how well Oldiznewagain colours these shots as I couldn’t do anywhere near as good and the skin tones on this shot are exceptional. My only critique of this shot and I’ve mentioned it before on others is that as part of the colouring process he tends to lose some of the skin texture and the freckles on Ann’s face, but I’m just being picky as I love the overall effect as always.
One Comment

The second of two simple but stunning shots of Ann Walker taken in 1964 by Terry Sparks and a companion to this first shot. I find it amazing that Terry had access to Ann and all the other models I post on this blog, so asked him the simple question, so who have you photographed? His answer below is a list of who’s who from this site and an impressive list of models.


‘You were asking which of the girls on your model listing I had worked with, so I have named them below. I have a few memories of most of them, but I won’t elaborate at the moment. One girl I worked with was Bridget Leonard. She was Russell Gay’s live in girl friend and ran the office in Oxford Street for him, which was the mail order outlet for Venus Films. Venus Films was the company he set up to market the black and white 8mm glamour films that we produced. They split up around late 1967 early 1968 if I remember correctly.
Ann Walker, Bridget Leonard, Britt Hampshire, Caroline Coon, Caron Gardiner, Cindy Neal, Cleo Simmons, Danielle Denise, Geri Brown, Gillian Evans, Gloria Lomax, Julie Collins, Lena Ellis, Lee Southern, Maria Frost, Maya Zell, Nicky Stevens, Nicole Yerner, Pam Arnold, Patsy French, Penny Winters, Rena Brown, Teri Martine, Terry Graham, Terry Peters, Tina McGowan, Toni Burnett.
There were others that I met or knew but did not photograph like Jutka Gotz, Margaret Nolan, Eve Eden and of course June Palmer who I dealt with when she was running her model agency.’
A pretty impressive list and thanks to Terry for sharing and I must ask him about some of the lesser known models on that list as I have very little to post on some of them!
2 Comments 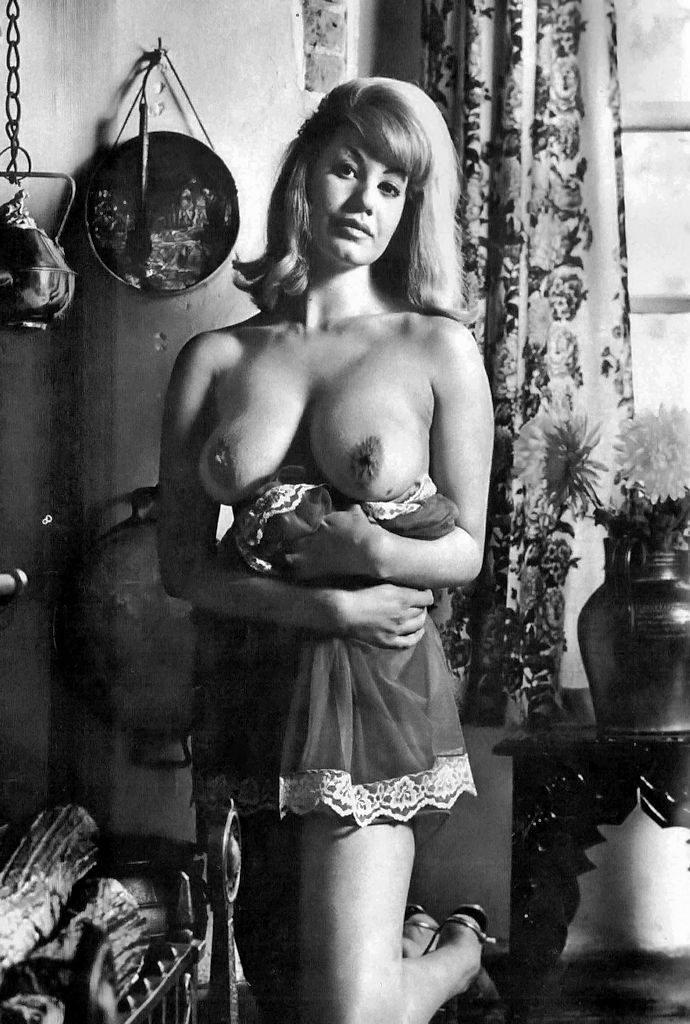 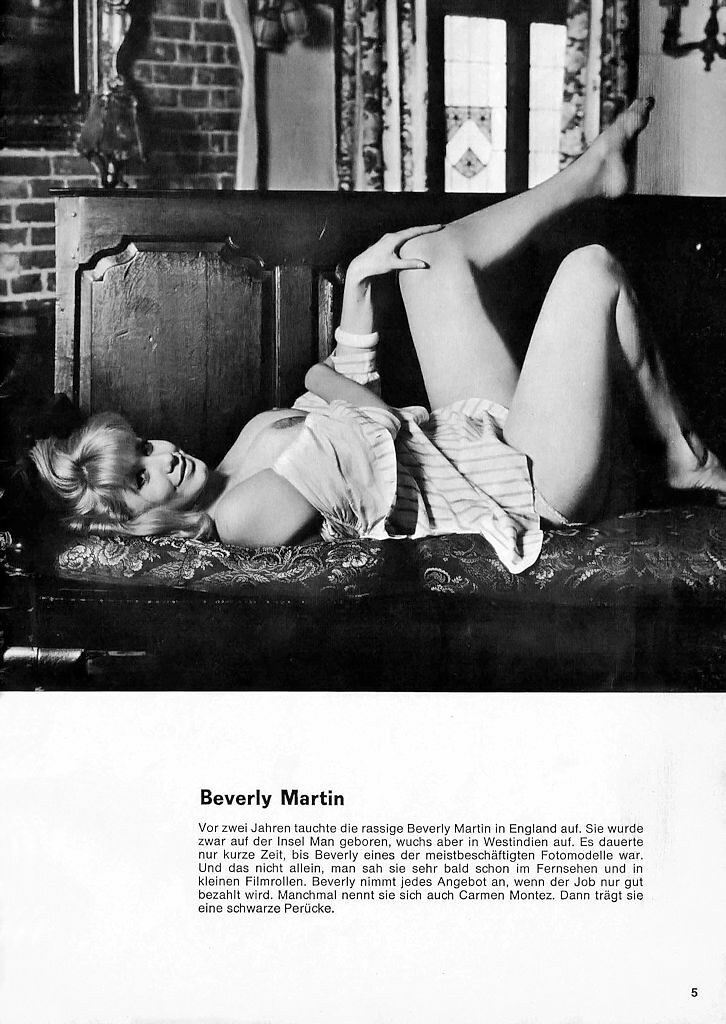 Two shots of Beverly Martin (Mary/Nelda Moren) from the 1960’s German publication Sexy Girl No.1. She looks a bit cold in the top shot and that fire could be with going on, but no idea where this could have been taken as it could have been either Ewhurst or Walden as both interiors were a similar style. Thanks to Terry who identified it as Walden Manor 🙂
9 Comments 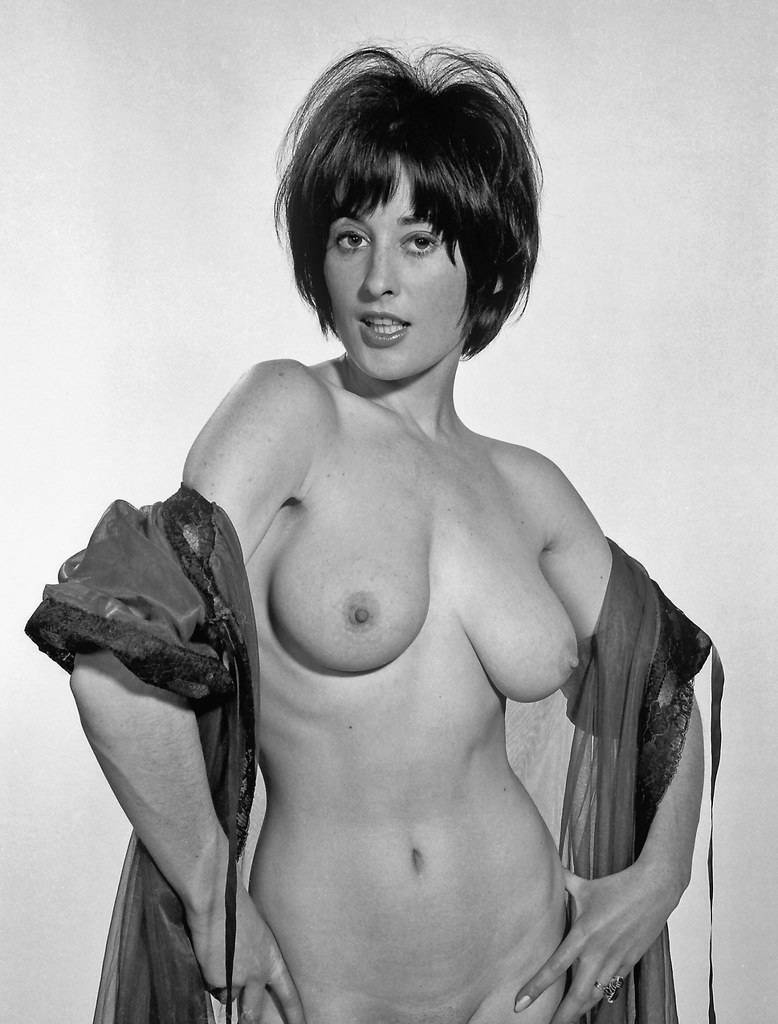 A simple but stunning shot of Ann Walker taken in 1964 by Terry Sparks and one that comes with a story attached 🙂
Terry recently found the site whilst searching for one of his favourite models, Gloria Lomax and decided to contact me. It transpires that Terry spent three years working for Russell Gay from April 1966 to late 1968. What many people don’t know, is that Russell Gay lost interest in taking pictures around 1965 and thereafter concentrated on publishing, particularly QT, Fiesta and Knave. He employed Terry and Ken Williams to shoot for him. So although pictures were still going out stamped “Russell Gay Studios” they were in fact taken by Terry or previously Ken Williams. Russell did continue directing 8mm films but left the running of the studio, finding models etc. to Terry. As Terry stated it became quite frustrating to see his photographs being published with Russell’s name on them, but as he paid a reasonable salary Terry lived with the fact. After Terry left RG’s employment he went freelance, but still worked out of his studio and he also let him use a small office on condition that Russell got first refusal on any thing that Terry shot. This meant that Terry was still effectively shooting for Fiesta and Knave but it also allowed him to sell any pictures Russell did not want to his agents in the States and on the Continent.
Terry sent me the above photo which he took of Annie Walker in May 1964 before he worked for RG. Terry later became friends with Ann and remembers spending one afternoon wallpapering her bathroom in her new flat after she split with Ed Alexander. What a great story!
A big thank you to Terry for the wonderful story and image of Ann, as these are the things that make doing this site such a pleasure. Terry has promised to keep in touch and provide more stories and information and I already have another shot of Ann and some memorabilia from him.