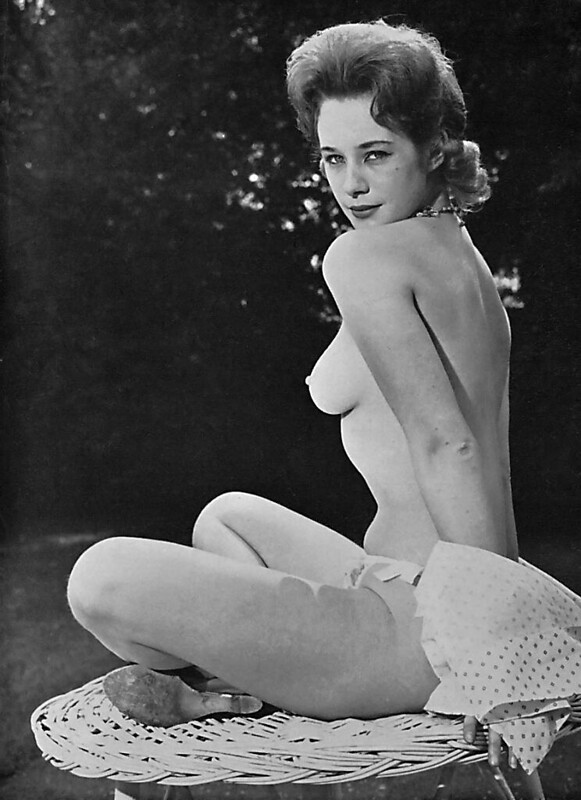 A great side profile shot of Sue Chester by Ken Williams from Lenz No.3 sitting outdoors on a wicker table. One for the smaller boob lovers out there as I’ve been accused of favouring the bigger girls too much, but I can’t help having my favourites 🙂
+7
No comments 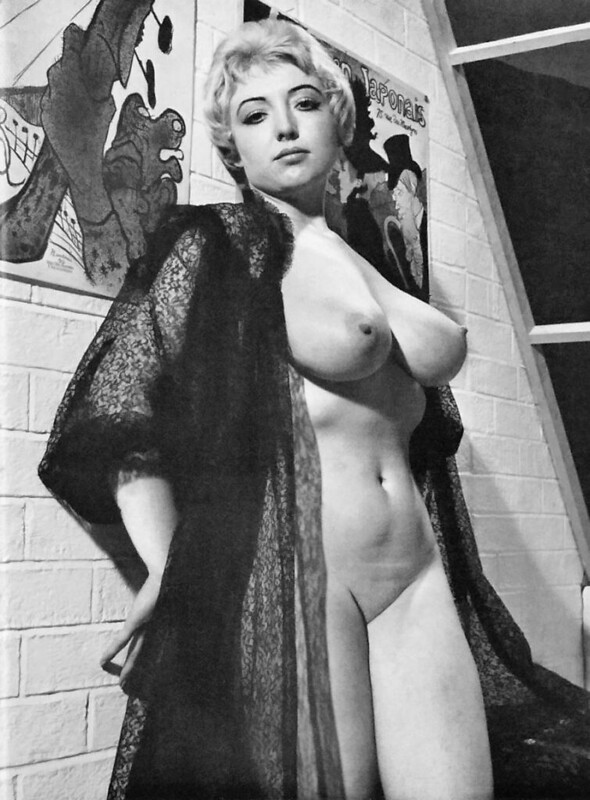 Maxine (Maxine Ellis or Elaine Ecke take your pick!) from Kamera No.28 (1960) on the loft set by Harrison Marks. Leaning back in that long black negligee as it opens exposing her voluptuous body, she has a look on her face that says she knows what your looking at! Very true, but there is so much to look at one doesn’t know where to start or stop.
+9
No comments I love the sultry look of Barbara Halks in this image, which seems to be taken on  the set of ‘Eastern Exchange’. Barbara appeared in Kamera No.84, No.85 (cover), No.86, No.87 and Solo No.57. She also appeared in 3 glamour films, ‘Eastern Exchange, ‘Sitting Pretty’ with Nicky Stevens and finally ‘Go Go Girl’ and finally appeared in the pages of the Kamera Calendar 1969.
This beautiful uncensored shot of her appeared in Nature’s Intention Vol.1 No.2 (1969).
+24
error: Alert: Content is protected !!