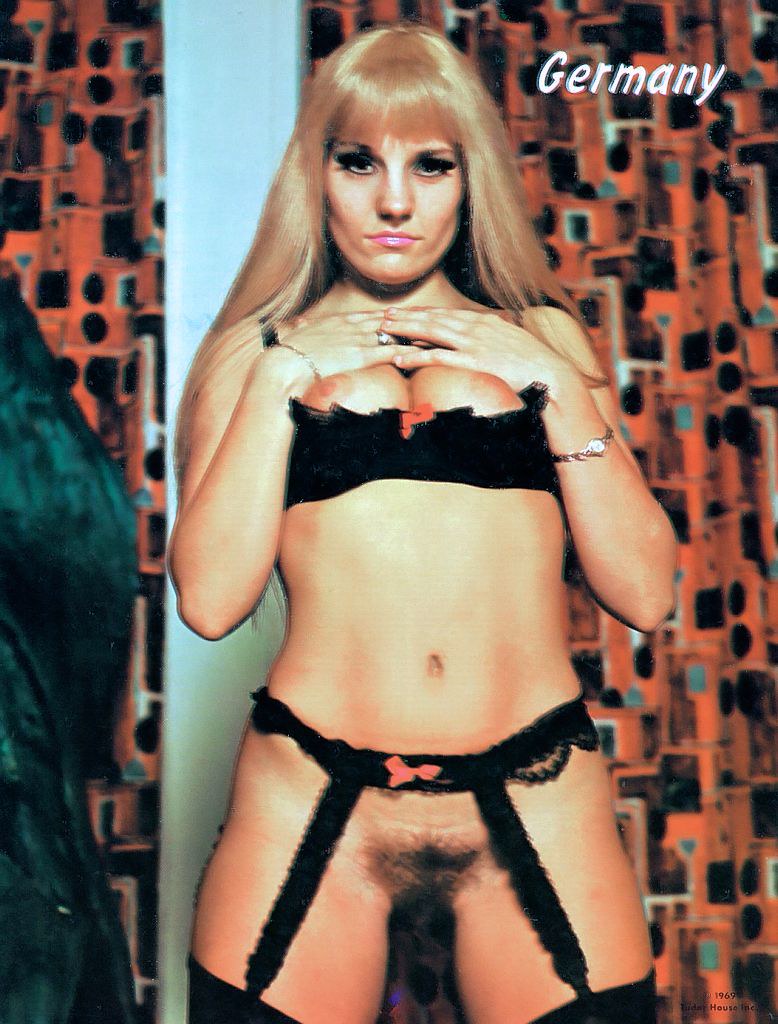 Another shot of Zigrinda by Harrison Marks, but this was published in the 1969 Tudor House Publication ‘Round The World Girls’ in T.H.P Vibra Colour, whatever the hell that is? The magazine featured 19 girls from different countries and it looks like 2 models that regualry posed for GHM appeared, one being Zigrinda. The other was Velma Loftus, who appeared as the Girl from South Africa. Being a late 1960’s publication and having seen other Tudor House publications, there was plenty of untamed bush on show in this magazine!
+6
Tagged  1960's, 1969, Blonde, Germany, Hairy Pussy, Harrison Marks, Nude, Round The World Girls, Suspenders, Tudor House Publications, Vintage, Vintage Nude, Vintage Pinup 1960's, Vintage Tits, Zigrinda.
Bookmark the permalink.