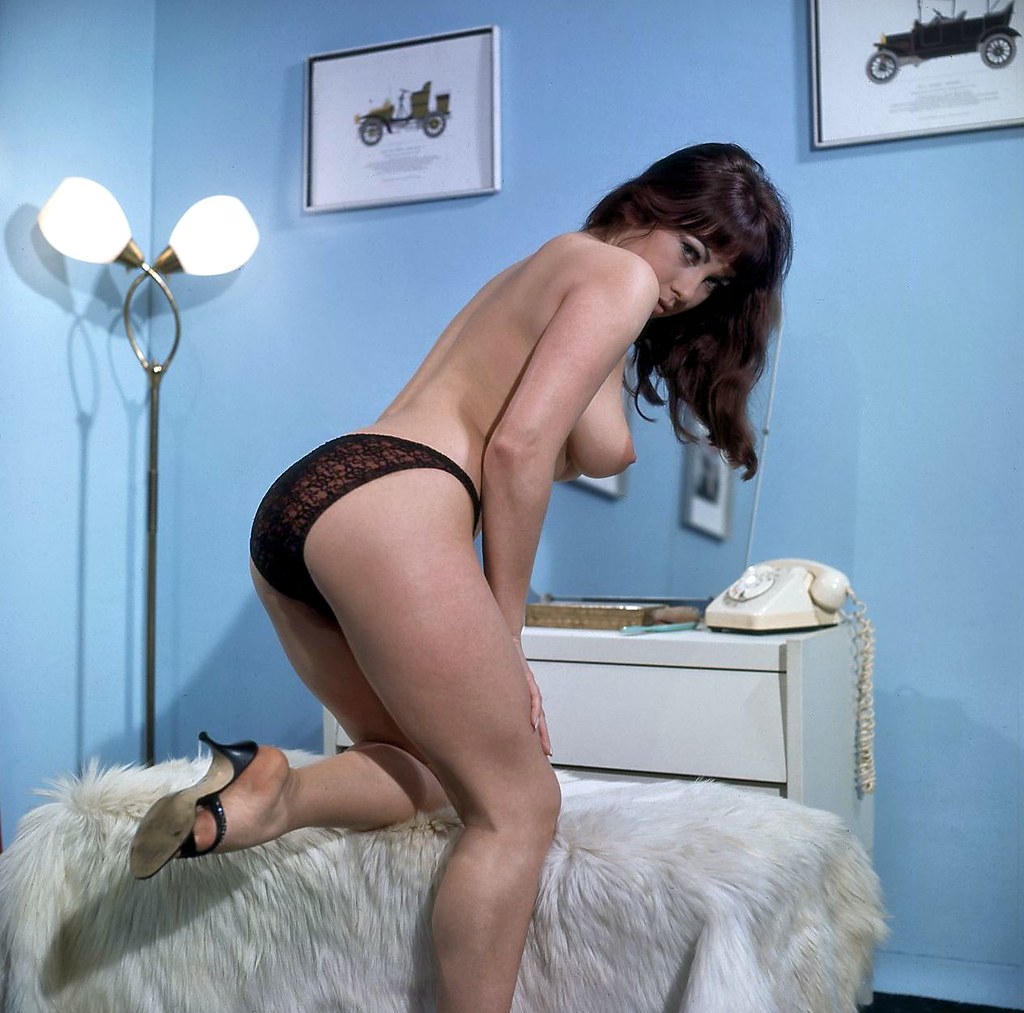 Warning strong language ahead! Damn! F**k me that’s a good shot of June – My first reaction on seeing this image from John, closely followed by a long and detailed examination of the image. June’s great bum in those black panties and the perfect curve of the one breast on show and the look over her shoulder! Some shots just grab you and pull you in and this is one such shot of June.

Taking a look at the actual composition of the shot for a second as John states. This could be June’s hotel room, but I don’t think so. The sheepskin rug looks horribly familiar and the white telephone and pictures of vintage cars are just like those that appeared in the Spymaster’s office in “Danger Girl”. As I original state Damn! Who cares about the decor and background as I can’t take my eyes off June’s great arse it’s just pulling me in.

As a friend once commented (honest!) some images just give you more arm ache than others. Enough said!