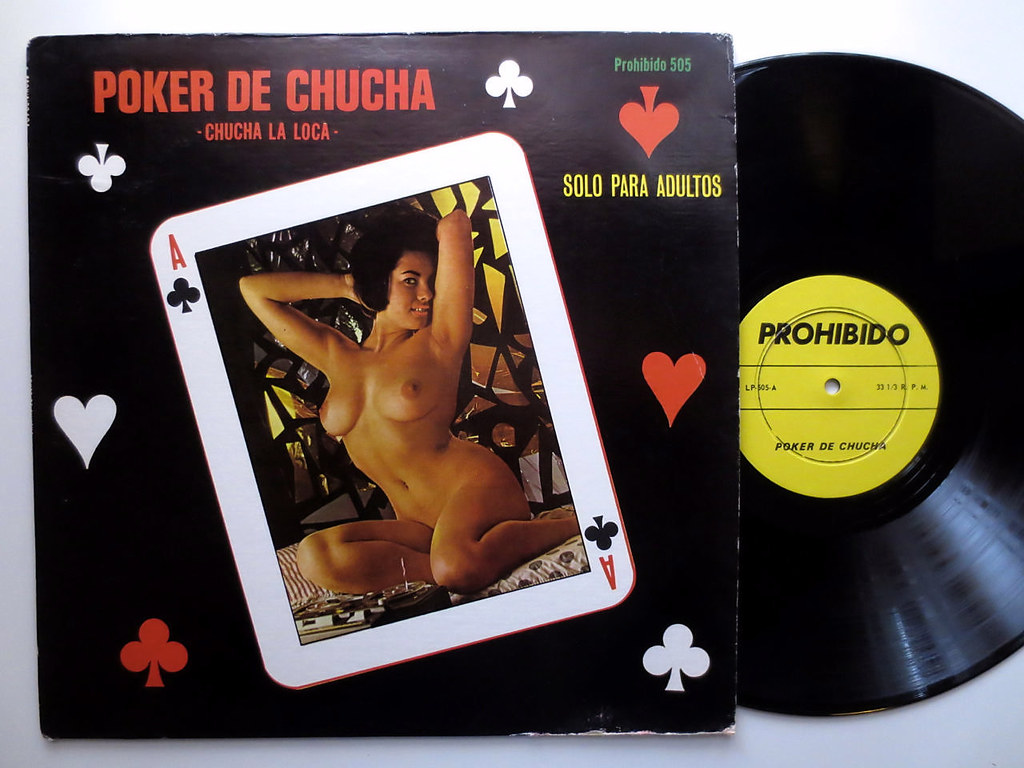 A bit of June Palmer memorabilia this morning in the shape of an old record cover featuring June that was being sold over on eBay. It shows a nude June posing within the Ace of clubs playing card on the cover of a Mexican adult rated LP and having translated the title I can see why! Chucha in Latin countries is a slang word that has various connotations, including bitch, pussy, fuck and a few others I won’t print here.  For the sake of this cover I’m going to go with the translated title as ‘Poker Bitch – The Crazy Bitch’ , or something similar, but I think you get the idea! Not your typical Val Doonican LP to put on in the front room whilst having tea with your Auntie!

Regardless a great shot of June to find and thanks to John for sending the link. I also noticed that in the image of June, she’s got an old reel to reel tape deck in front of her, which seems a bit odd to then be used on an LP cover 🙂