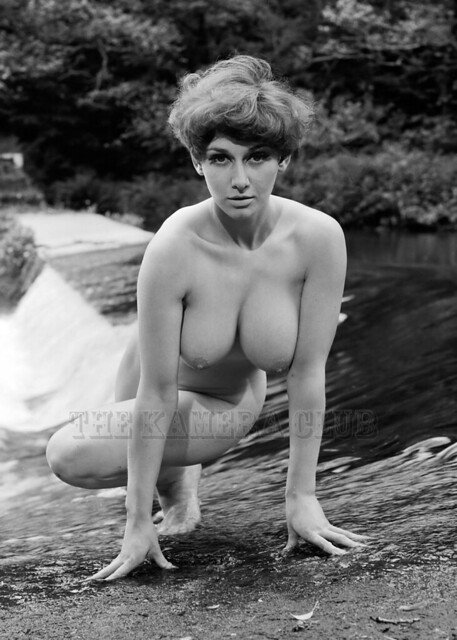 The fabulous Gill Evens posing in the shallows of a river waterfall for Harrison Marks in the summer of 1966 on his two week trip with his models to Bedruthan in Cornwall for images that would later to appear in Kamera on Location 66. This image itself doesn’t actually appear in Kamera on Location 1966, but I’ve not got a copy of Solo featuring Gill so it my have been published there? It’s too good a shot of Gill not to have been published