George Harrison Marks launched Kamera in 1957 and was published with a cover price of 2/6 (Around £2.75 at today’s prices). The original print run of 15,000 copies sold out within two days of the launch, so an immediate reprint had to be ordered. Again that sold out in days and, in all, over 150,000 copies of issue No.1 were sold in the first five weeks.

The photographs reproduced in Kamera were retouched, where necessary, to disguise any sign of the model’s pubic hair or genitals, in order to try and avoid the danger of falling foul of the British obscenity law, which was pretty ambiguous in those days. This was the case throughout the 12 years that the publication of Kamera spanned. The reader could have been forgiven for thinking that all the models had shaved off their pubic hair. In fact probably less than half of them had. 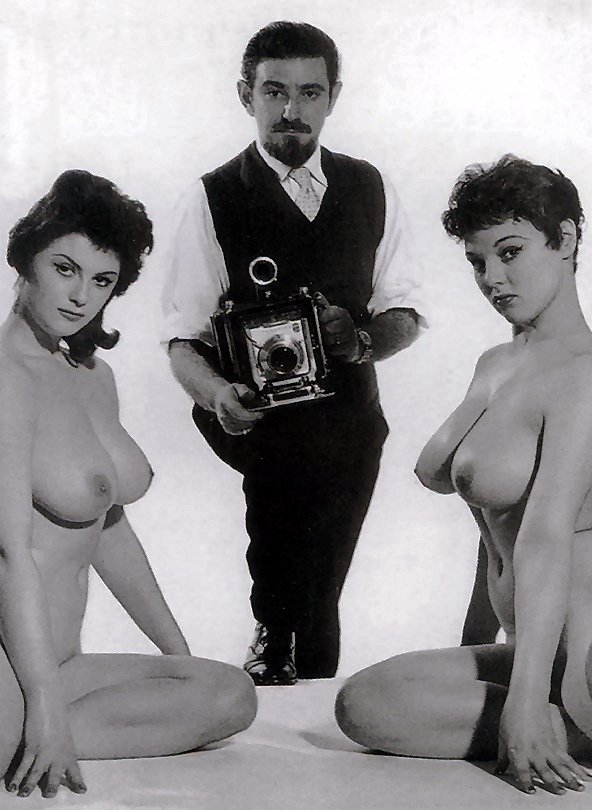 Some of the models who appeared in Kamera – June Palmer, Paula Page, Lorraine Burnett, Vicky Kennedy, Marie Devereaux, Pat Rose and Rosa Dolmai – like Pamela Green, went on to become celebrities in their own right.

The success of Kamera also spawned the creation of a Kamera Calendar each year.  The Calendars themselves became very popular and were regularly found hung up in garage waiting rooms, restrooms and workshops and today are sought after by avid collectors.

Clicking the images below will show you a larger image of the cover, the text link underneath will take you to pages of that Kamera edition that have already been published. Unfortunately I have some gaps in the later editions, so there are no working links, but they will be updated as I get copies. 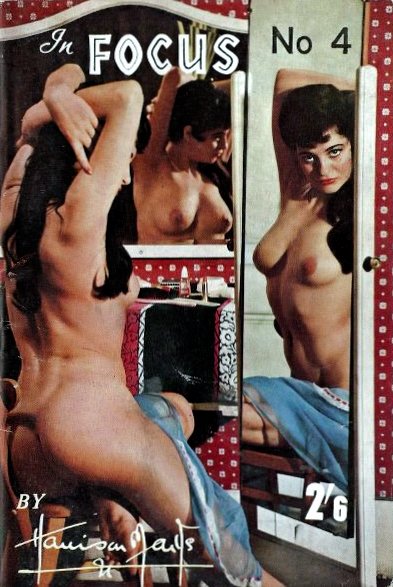 In Focus By Harrison Marks

‘In Focus’ was yet another title first published by Harrison Marks in 1958 and was identical in style and size to Kamera. Published as a monthly it ran to at least Issue No.21.

It featured some of the well known Harrison Marks Models, such as Pamela Green (Issue No.11) and some not so well known models.

Many other publications were to follow ‘Kamera’ by Harrison Marks. The most successful was ‘Solo’, a similar 32 page black and white format to Kamera, with a colour cover, but featuring just one model in each issue. It was launched in Spring 1958 and ran as a monthly production in parallel with Kamera to Issue No.61 (1968). In practice, like Kamera, Solo was not always published every month. However, there were sixty one consecutive issues.

Clicking the images below will show you a larger image of the cover (sorry very poor images I’ll update them as I get better ones!).  The text link underneath will take you to pages of that Solo edition that have already been published. Unfortunately I have some gaps in the later editions, so there are no working links, but they will be updated as I get copies.