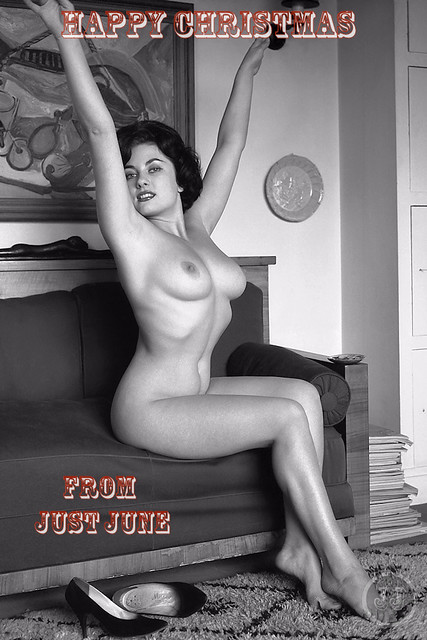 Another year has zipped past, and it’s been 2 years since I started this dedicated site to June Palmer and I can’t believe it! In those 2 years I’ve published over 580 images of June through-out her career and beyond, most of them original never before seen shots ranging from dressed shots of her early in her career to later nude shots in her 40’s and beyond. The images I see of June continue to surprise and excite me, and I’m still coming across June content I never knew existed!

I have a few people to thank for their continued support of this site, as without them I’m sure it wouldn’t be as popular as it is. Firstly John W, whose dedication to June through his own huge June archive have helped make this site what it is, without his continued support I wouldn’t have seen or shared half the original June images on this site. Secondly, a big thanks to all the other fans and photographers that have shared their own images and memories of June, including Itsgardin, Re and others that wish to remain anonymous.

Finally all that is left to say is thank you and I hope you all have a very Happy Christmas and New Year and I look forward to sharing more Just June with you in 2016.