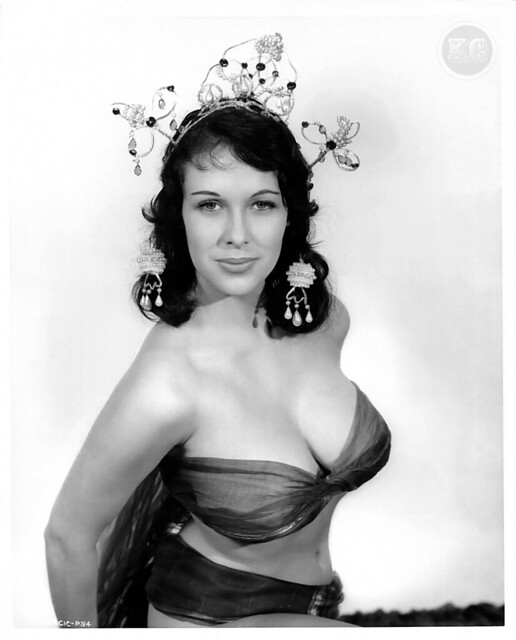 Publicity shot of Marie Deveraux from the 1960 film ‘Life is a Circus’ featuring Shirley Eaton and the Crazy Gang. The 18 year old Marie had a bit part as one of the palace girls in an Eastern sequence. The photo was taken by Tom Bolshaw as part of the publicity for the film and nice to see Marie dressed 🙂