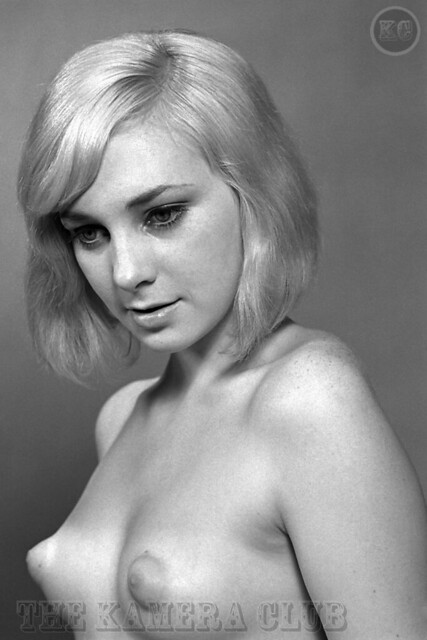 A close-up profile shot of a young Britt Hampshire posing in the studio from a 35mm black and white negative. A beautiful quality shot sent over from Kevin showing off Britt and her pert and puffy pair! 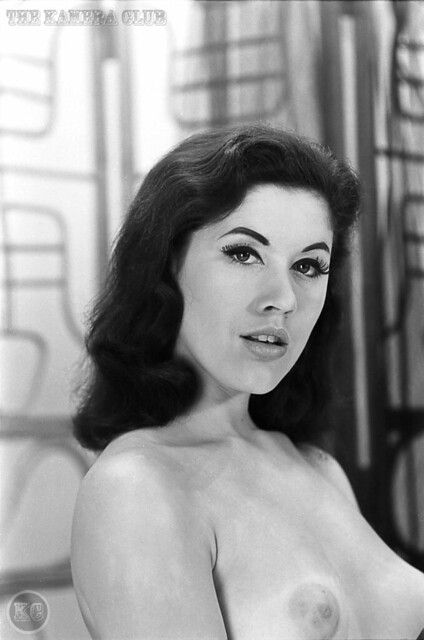 A close cropped shot of Wendy Luton posing at Scotlee studio and giving us just a glimpse of one of her pert peaks. I’ve identified it as being at Scotlee studio’s, as the pattern and shape of the bamboo room divider in the background has been used in several June Palmer photo’s whist at Scotlee, plus in shots with other models, such as Tina Madison here. A great shot of Wendy and look at those sharply defined eyebrows!

A rather oddly defined shot by the photographer, as he seems to have nearly missed Wendy’s best assets and focussed on her face and background. Not that she doesn’t have a pretty face 🙂