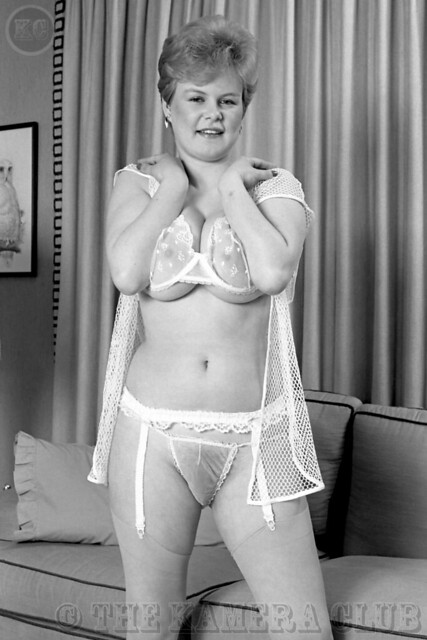 A shot from an original negative of ‘Bobby’ that appeared in Gent magazine in the 1980’s and was billed as an amateur model, but I have no idea if she was or appeared anywhere else? I have several negatives from this set and they appealed to me on two fronts, my fetish for sheer underwear and big tits. Throw the two together in one shot and I’m hooked! I’m sure the bra and rest of the underwear came off to reveal more in later shots, but I prefer these early shots where the sheer underwear partially hides what lies beneath.

Not my normal glamour fare, but a throwback to the good old 1980’s 🙂