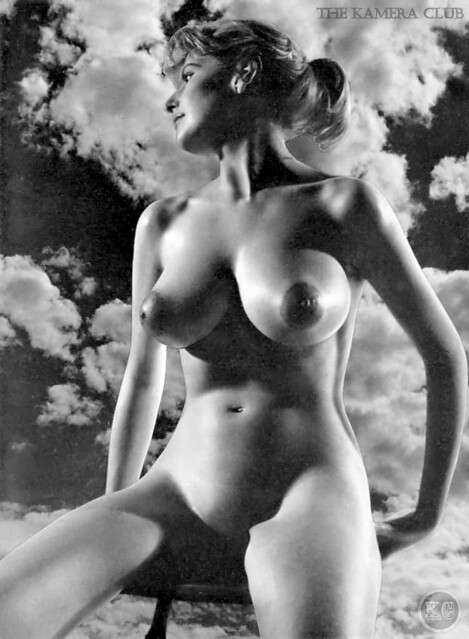 Pat Davis from Kamera No.19 P29 (1959) posing in the studio sat on a stool, with the sky background added in during processing. GHM did this on many of his shots, but it predominately seemed to be a sky/beach background, such as in this example of Sylvana Manto. 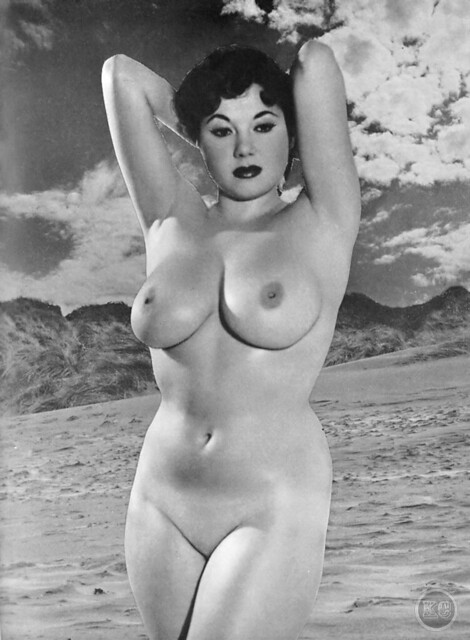 A great shot of Sylvana Manto and her voluptuous figure superimposed on a second photo of a beach scene.  This appeared in Kamera No.9 P21 (1958) and was one of ont a handful of images of Sylvana appearing for Harrison Marks in Kamera. GHM was also prone to using his models superimposed on beach or sky backgrounds, but thankfully he didn’t do it too often.