A Meeting With Margaret!

By Wonder November 24, 2014 November 24, 2014 Uncategorized
This weekend I spent a very enjoyable day with my eldest son at MCM Comic & Memorabilia Con at the NEC in Birmingham. Whilst the visit was primarily for him I did manage to meet one of my favourite models that features numerous times in this blog – Margaret Nolan! Margaret was one of numerous celebrities attending the event and was part of a James Bond 50th anniversary area that also included Honor Blackman, Shirley Eaton and others. The list of other celebs was endless , but Caroline Munro was another highlight.
We arrived fairly early as we had priority entry an hour before the general public, so things were quiet and people we still arriving and setting up.  Anyway I suggested we walk down the guest signing area to see who was around and there setting up her booth was none other than Margaret Nolan! Although busy setting up she took time to stop and chat and pose for a few photographs, as well as sign one of her photographs for me, which you can see blow. As no one was around we had the luxury to chat a while about her career, James Bond and other snippets, so my day was made before it had really begun! 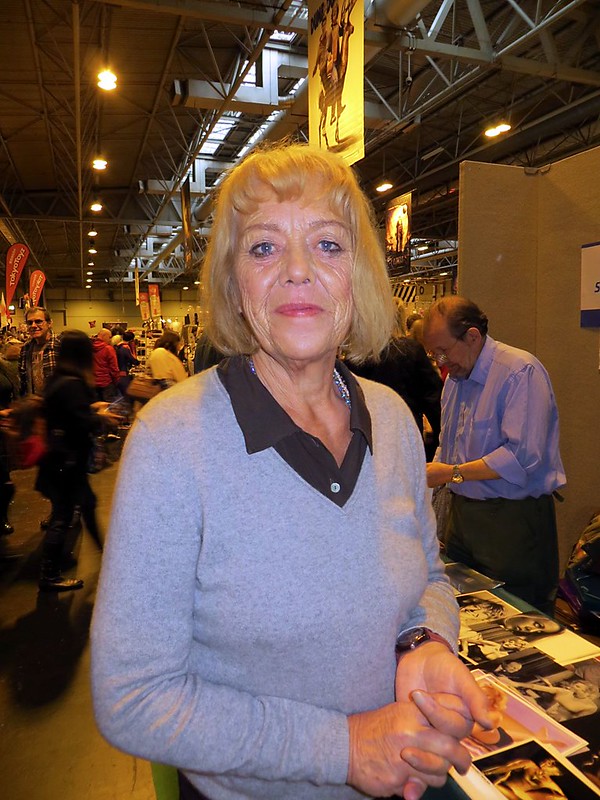 Margaret had many photo’s on display to choose from for her to sign and I chose the one below, but there were many from Goldfinger, Carry on Films and other appearances. Chatting about the shots she said that funnily enough the most popular shot people wanted her to sign was of her laying on a towel in a black Bikini, which you can just see behind her hand. I said I preferred my choice which she happily signed, whilst all the time chatting to my son about what he wanted to see at the convention. 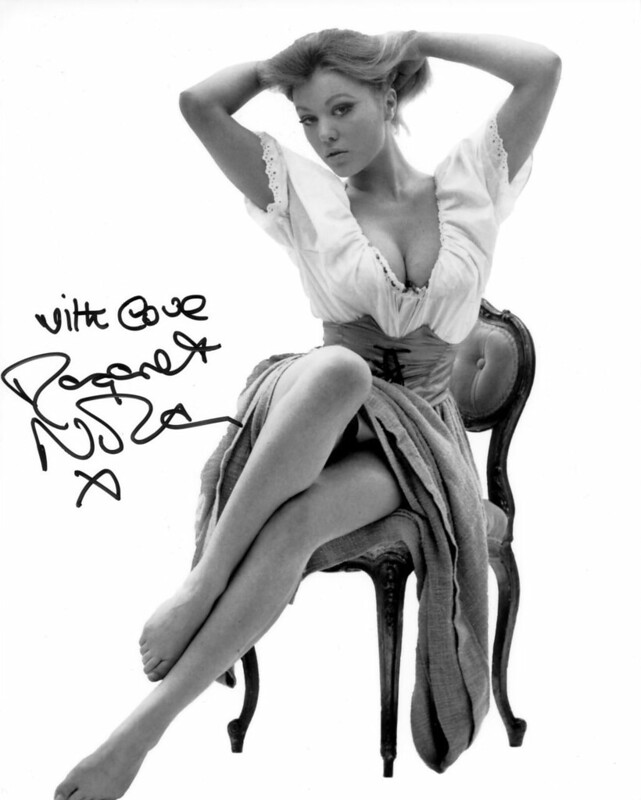 We left her to continue setting up, but what a wonderful encounter with a wonderful lady and we saw her walking round later in the day, still smiling and chatting after what must have been an exhausting day!
Thanks to Margaret for the photo’s, autograph and chat it was a true pleasure and my sons parting comment – Haven’t got a clue who that was, but she was nice!
4+
Tagged  2014, 23rd November, Autographed, Birmingham, Margaret Nolan, MCM Comic Con, Memorabilia, November, Vicky Kennedy.
Bookmark the permalink.