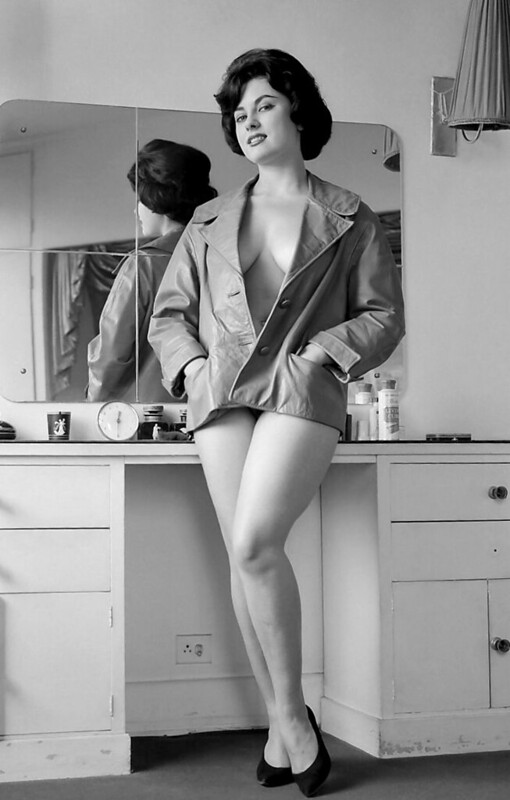 This is another shot taken by Stefan Glass from his set of photographs taken of June posing in different rooms of a house in the 1960’s. In the start of this small set we see June posing in just a leather jacket beside a dressing table and when I saw it I thought I recognised the shot from somewhere. It seems that Stefan did sell some of these images to magazine publishers, as this shot appears in Parade No.1206 (19th January, 1963) as a tri-colour shot of June, but a very cropped version. 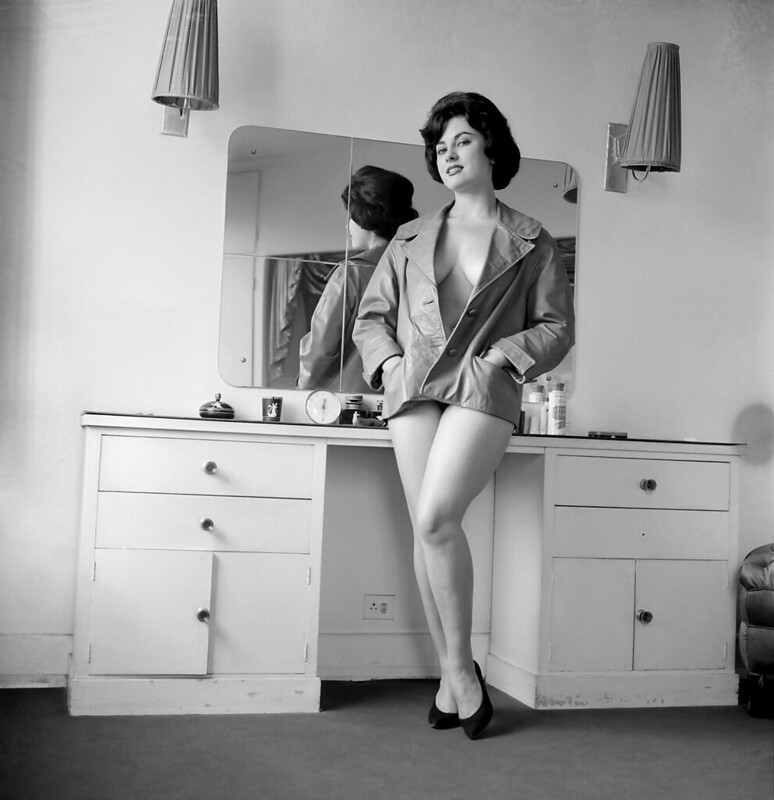 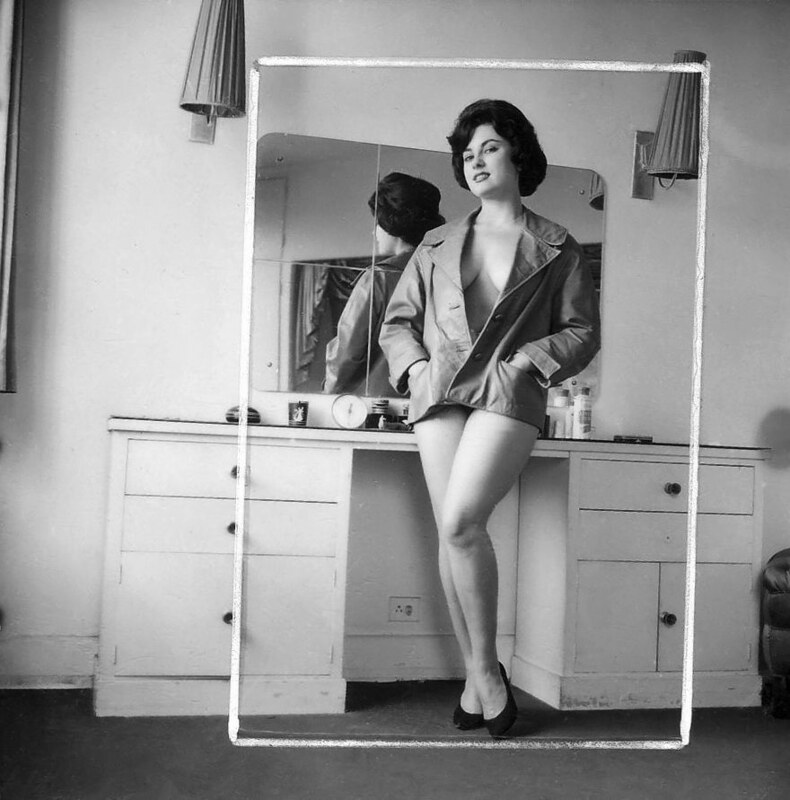