Down in the Dungeon with June (Original) 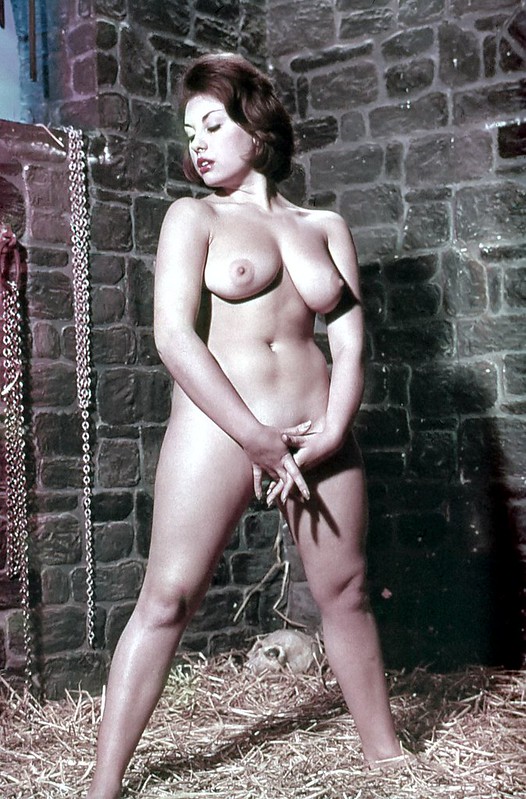 The fifth shot of June from the set of 8 original Harrison Marks glamour slides (Set No.60).  This negative took more restoring due to a heavy green/magenta tinge to it than the others, but it came up OK. A great shot of June standing nude in the infamous dungeon set with her hands crossed in front of her for modesty!  I recently purchased the 1963/64 Kamera Special ‘The Fabulous June Palmer’ by Harrison Marks and on the inside cover is an advert (below) for slide sets of June by GHM, including set No.60, which is described as a mixed studies set, but also dates the set. 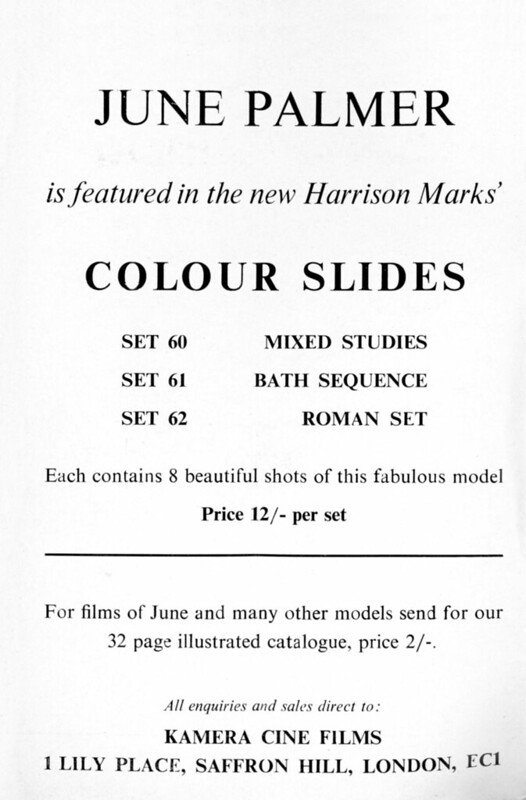