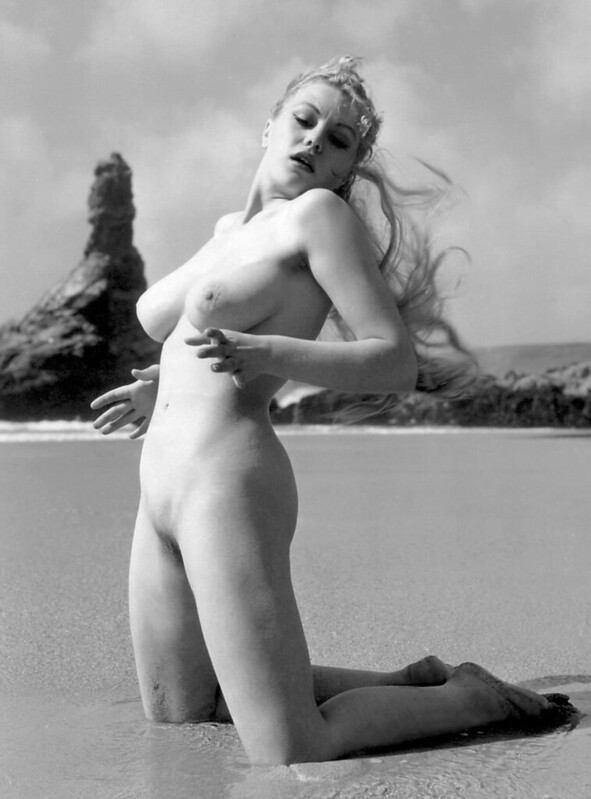 Superb shot of Margaret Nolan (Vicky Kennedy) kneeling in the shallows on a beach in Cornwall with the wind blowing her hair and a familiar mound in the background.  A familiar spot for Harrison Marks to take his models as that landmark appears in various shots.  This would put the location as Bedruthen beach in Cornwall and one of GHM’s favourite on location haunts during the 1960’s.  I’d put this shot at around 1964 as very similar shots of Margaret appear in ‘She Walks in Beauty‘, although this shot is not one of them.

This is also an uncensored shot of Margaret, as she’s showing a bit of ‘lip’ if you look closely as I did 🙂