A Nice Day For It! (Original) 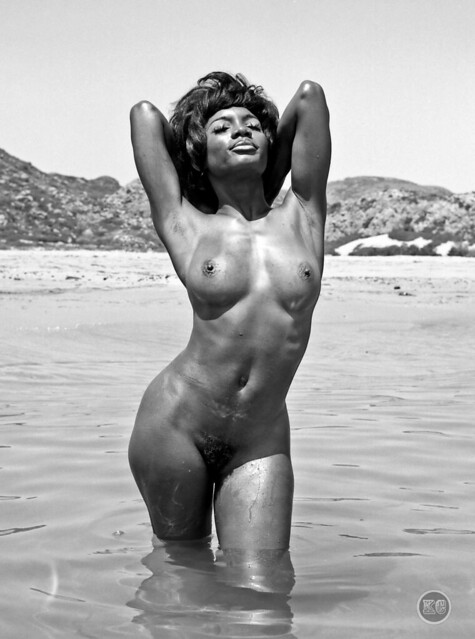 After Marianne Morris from the ‘Rhodes Rears‘ shot by Terry Sparks, we now have the second of the trio in the stunning form of Venetia Day. Terry sent these through after my last Marianne post and I must admit I hadn’t come across Venetia before, but glad I have now! A stunning shot of her body as she poses in the sea for Terry and I love how the water glistens on her body in the above shot.  After seeing Venetia I went off to do a little research about her and found out much more about her. She caused quite a stir at the Earls Court Car Show in 1971, by posing in nothing other than a pair of white bikini bottom’s on the F1 cars from that year. The same year she also appeared in Mayfair and made several soft appearances in glamour films.

All in all a stunning ebony beauty that’s up there with Sylvia Bayo in my books now and thanks to Terry for introducing me to Venetia!