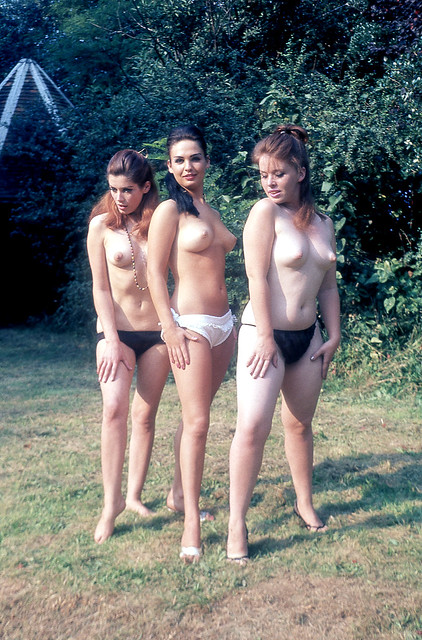 I’ve only just received this original negative, but thought I’d share it, as it has two of my favourite 1960’s models in it, Dawn Grayson and Gloria Lomax (Donna Ambrose). Scanned from a 35mm slide it has Dawn, Gloria and another model that name escapes me for now posing on a lawn in just their knickers. I love the contrast in knickers with Gloria wearing white between the two others wearing black and a shame only Gloria is looking directly at the camera.

Having been contacted by Gloria in the past I knew that both her and Dawn used to travel up to London from Luton on modelling assignments, so it’s fantastic to actually see a shot of them modelling together. Gloria looks stunning as always, but a shame the others are looking away and it looked like a warm summer when this shot was taken as the grass looks a little dry!

Can anyone put me out of my misery and identify the third model in the shot, as it’s bugging me who she is?