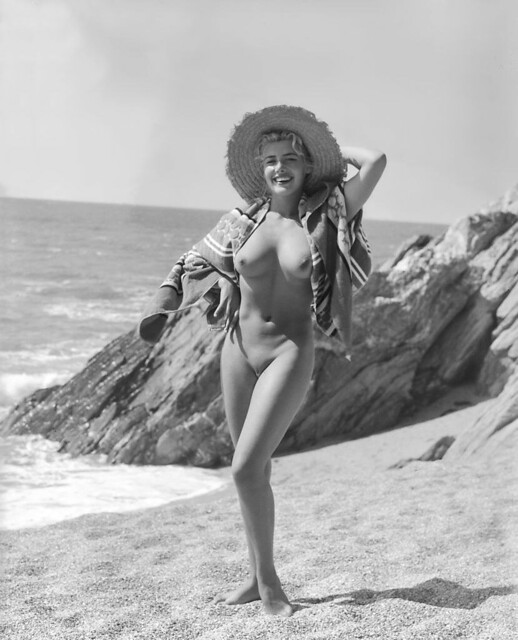 A second stunning shot of Nancy Roberts posing on a beach with only a sun hat and beach towel for shade. It comes from a photographic glass plate and was taken in September, 1959 at the beach near Sheplegh Court, Devon. What a body on view, including a peak of her uncensored bits. I’ve also realized that this set of shots of Nancy come from the Michael Winner film ‘Some Like It Cool’ (1962) and although she is never credited in the film, Nancy appears on several posters and lobby cards advertising the film. The shots in the posters seem to be at this location and in similar positions.