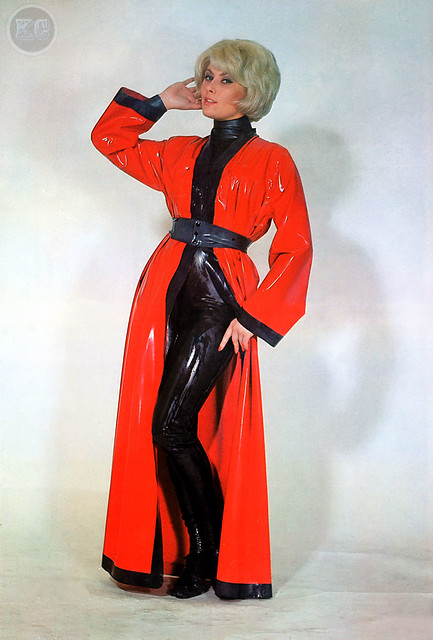 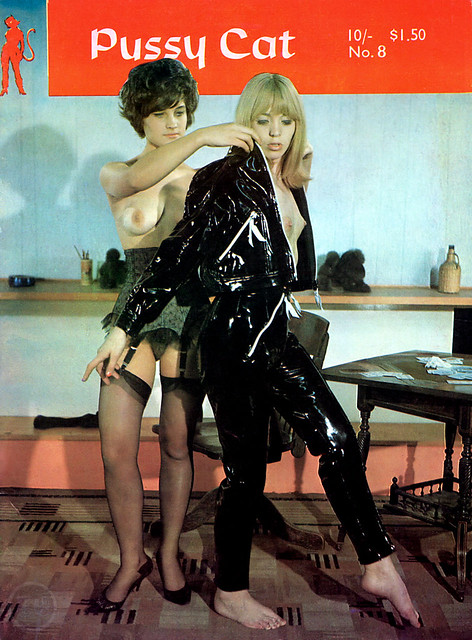 Teri Martine from the centre pages of the fetish magazine Pussy Cat No.8. That rubber outfit is skin tight and leaves little room to move or little to the imagination, although I think the red long jacket gets in the way. Teri can also be seen wearing this black outfit on the cover of Pussy Cat Latex/Rubber Special here.

It’s well known that after Teri’s early start in normal glamour modelling, she then went through a fetish stage including rubber and bondage such as these shots show. Pussy Cat magazine seems to have featured other well known Harrison Marks models and I’ve included the cover of No.8 as it features June Johnson who feature in Kamera for GHM. June seems to be in normal glamour attire but helping her friend into another uncomfortable looking rubber suit! This edition also featured Norland Jenny (Jenny Lane) and her leather and vinyl wardrobe, the mind boggles!