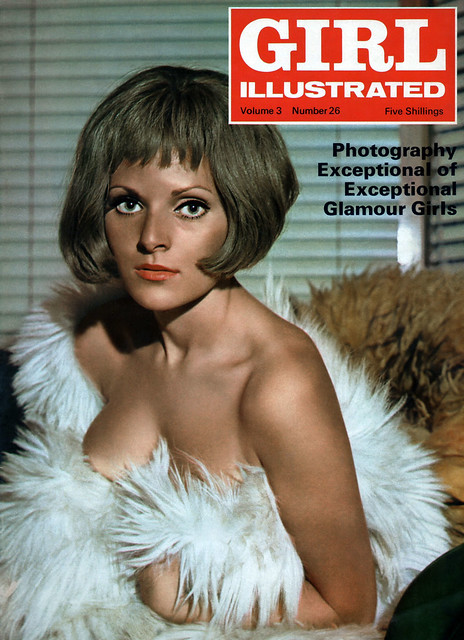 Helga Berkmann on the cover of Girl Illustrated Vol.3 No.26 (1969), with a different shot from this set also appearing in GI Vol.4 No.39 (1970). Normally I’d have passed this by without a second glance, but she also posed for Harrison Marks and was on my list of unknown Models. I posted this original shot of her back in 2015 from my negative collection and have several others of her as well.

Like many models back then she appeared in numerous publications such as Escort, Fiesta, Carnival, GI and more and all with various alterations to her name. The main name that appears seems to be Helga Berk/Berkmann, but she also appeared as Helga Nolan and Mara Osterman in Mayfair. The shots by GHM and in GI have her wearing a short wig, but it seems her actual hair is slightly longer and blonde.