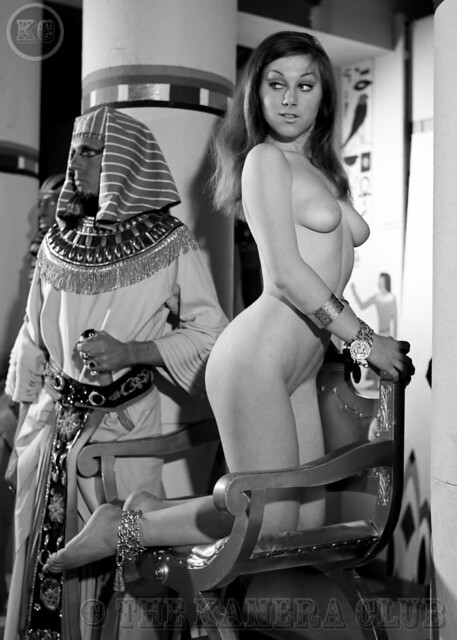 Diane James another model I’ve missed off this blog until now by Harrison Marks on the Egyptian set. All photographs of Diane James by GHM were published in Kamera No.73, No.79 & No.85 and were from one shoot on the Egyptian Set, originally built for a four part series of GHM glamour films called ‘Favourites of the Pharaohs’ in which Diane stars as the dancer in Episode 2, ‘The Dance’. Diane did various other work in the UK and I have several other original negatives of her posing in the studio by other photographers, both professional and amateur. Other than that there seems to be very little in the way of published magazine articles featuring Diane, unless of course she went by another name?

This particular shot is direct from the negative, but the printed version appeared in Kamera No.73 P46 (1966), which also includes another 5 very nice shots of her posing on the Egyptian set.