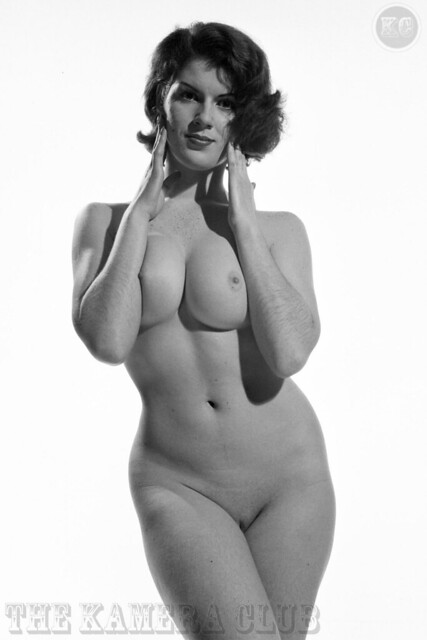 Maria Clarence beautiful and bare from an original negative scan, with the published retouched version of this shot appearing in Kamera No.46 P15 (1962). Her first appearance was in Kamera No.45 (1962) and further photos were published in issues No.46, 47, 48, 50, 55, 56, 60, 61, 66 & No.75. She also appeared in Kamera Special No.3 and six pages in the hardback book ‘She Walks in Beauty’. Maria was chosen for the 1962 Cornwall location shoot and a total of nearly eighty photographs of Maria were published including duos taken with Margaret Nolan and Jane Mathews. There are two known sets of 35mm Colour Slides of Maria, No’s 24 and No.32 with Margaret Nolan from the Cornwall shoot.

A beauty and bare shot of Maria in the studio, but those hairy arms are evident again, but not a lot of hair anywhere else!