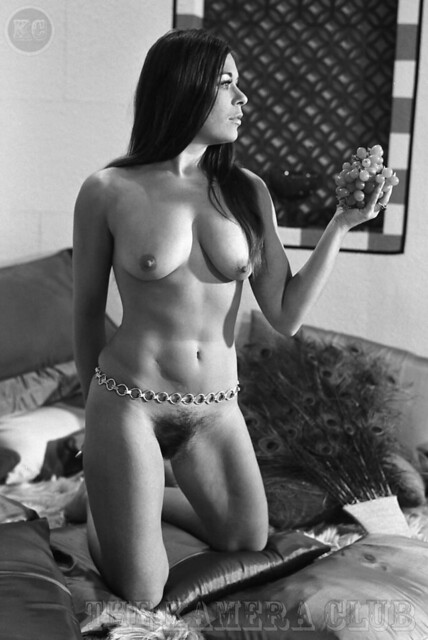 Continuing the fruity theme with another shot by Harrison Marks from the late 1960’s of an unknown model offering up more than just some grapes! On the Harem set used in the glamour film Cous Cous this long haired beauty poses with a bunch of grapes whilst showing off plenty of other lush goodies! Another unknown model to me, so I don’t know if she just appeared in a GHM glamour film that this is a still from or other later publications? Anyone able to ID her, if not I’ll add her to the unknown model listing 🙂

Update: Thanks to member MadMax who has identified the model as Tara Lynn who starred with Sylvia Bayo in Cous Cous and also pointed me to this reference about her and the film on the Mary Millington blog here. The article is more about Harrison Marks and his glamour films rather than just Cous Cous so an interesting read anyway.