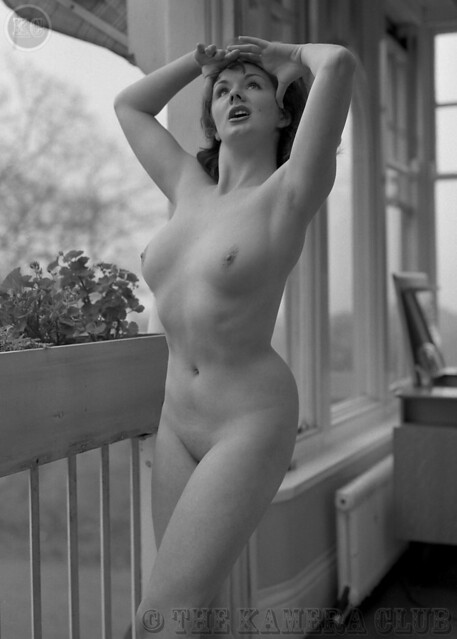 The model known only as Christina from a scan of an original negative by Harrison Marks. Very little is known about Christina, other than there were just four photographs of Christina published, two in Kamera No.51 and two from the same shoot in No.61, plus one GHM glamour Film, No.41: ‘Christina’ (1964). All seem to have been taken at GHM’s flat with half inside (No.51) and half outside on the balcony (No.61). To date I have 3 negatives of Christina all on the balcony, one published in No.61, but the other two including this one as far as I know were never published.

As always I’m sure she posed for more than these few shots for Harrison Marks, so must have gone under another name?