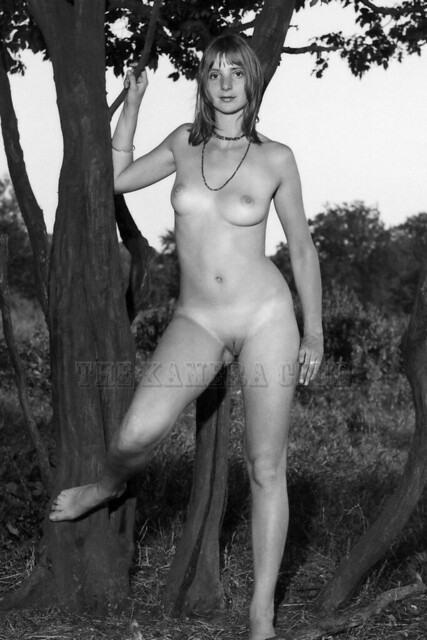 Jacki Rigby taken by Leslie Bainbridge in the late 1960’s posing nude in the great outdoors. Of course Leslie Bainbridge was the man behind the publications Health & Efficiency (H&E) and I suspect this was for H&E rather than GI as it’s outdoors and I have various shots of Jacki posing in fields, on fences and in trees. Shots from this set also appeared in Outdoor Leisure No.37 also by Leslie and thanks to member Tonal Range for reminding me 🙂