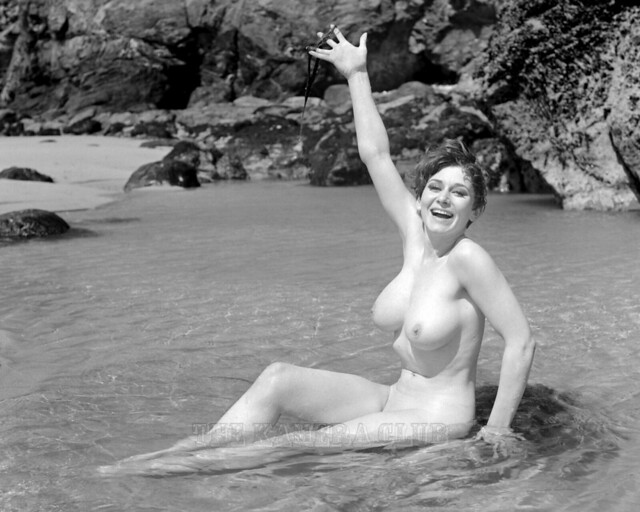 Another quirky shot of Gill Evans having a quick dip in a rock pool down at the beach in 1966. Taken by Harrison Marks in the summer of 1966 on his two week trip with his models to Bedruthan in Cornwall for images that would later to appear in Kamera on Location 66 and several Solo editions featuring his popular models. Great pair of tits, but god knows what she’s doing with that seaweed!