Up Stream with Elaine Desmond! (Original) 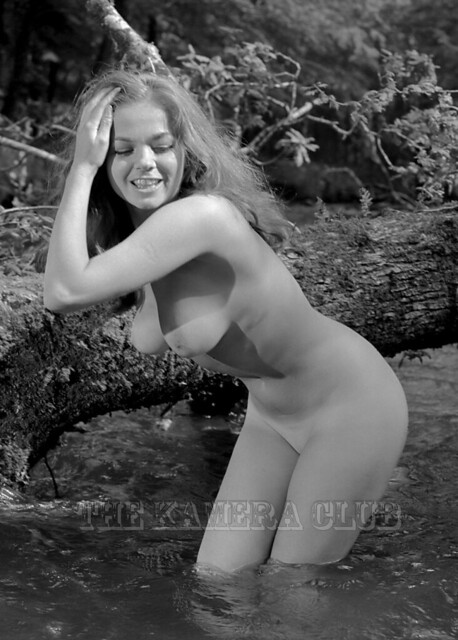 A shot of Elaine Desmond precariously posing in the river taken by Harrison Marks. Location wise this is on location down in Bedruthan, Cornwall, as I’ve seen similar shots at this river used in Kamera on Location 66. Elaine wasn’t part of the original set of models that appear in Kamera on Location 66, but it appears it was a popular location for GHM as several other models including Elaine are seeing posing in the same locations during the late 1960’s.