Time for the third film from my recent vote on which films to post next and this one is the anticipated 8mm glamour film No. E300 – ‘Diane Unretouched’ by Harrison Marks. The images above are scanned from the box itself, but quality isn’t that good, but I’ve tried to restore it. Diane to those that know is actually popular GHM model Nicky Stevens posing on the well used bedroom set.

The film itself is classed as an unretouched continental type film, which basically means it’s not censored. That all sounds rather exciting, but what it actually meant was a little less camera work for GHM as he could film Nicky without trying to avoid showing her whole body in shot including lower region. In his other normal type glamour films he always avoided showing anything to risque to get it past the censors, but with this film no such restrictions were in place. This means we get over 4 minutes of film showing off Nicky and her body and bush as she strips and parades her body for the camera on the bed. Obviously Members can enjoy the film below 😉 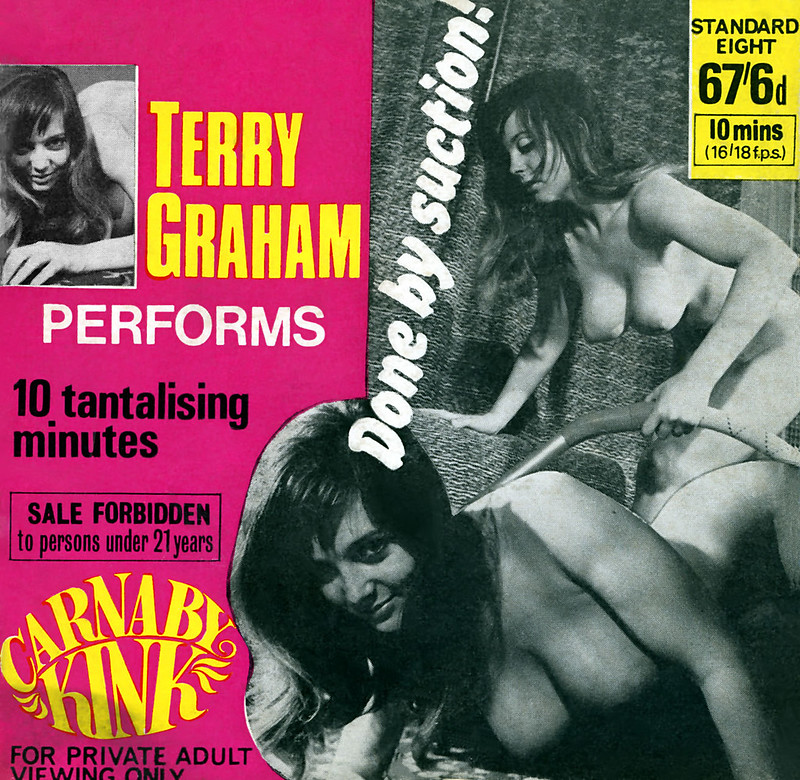 Up next in the vote of new glamour films to be published is a Carnaby Kink film titled ‘Done by Suction’ featuring Terry Graham. As you can see from the film box it suggests there are 10 tantalizing minutes of Terry with a vacuum! The actual summary on the side of the box says:

Girls who do are seldom as shapely as Terry, guaranteed to solve your domestic problems. Stripped for action she does some surprising things with a vacuum!

All very suggestive to lure you in and yes she does some surprising things with a vacuum, like hoovering, but I’ll let you see for yourself and you can decide (Members only). Enjoy anyway 🙂