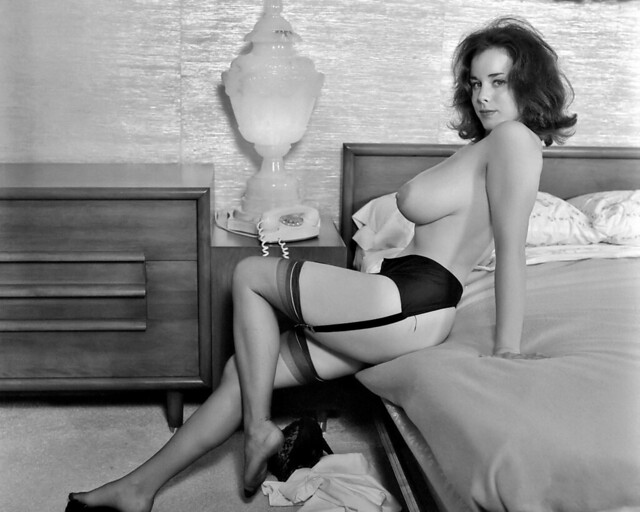 Excuse the deviation from the norm today, but I just fancied posting a few random favourite models amongst the normal posts. Another big busted favourite of mine from my early posting days was Canadian model, Janey Reynolds (Joanne Frawley). This is one of the better shots of her from the early 1970’s, but she regularly appeared in the late 60’s posing with Kim Knowles in some very dodgy wigs and beehive hairstyles, which you can see over on my Tumblr site. She looks stunning in this shot posing on the edge of the bed in stockings and her boobs don’t look as big in this shot as others, but big enough!