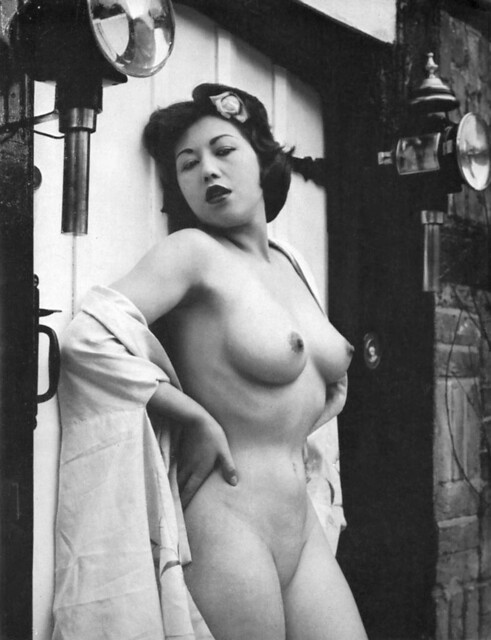 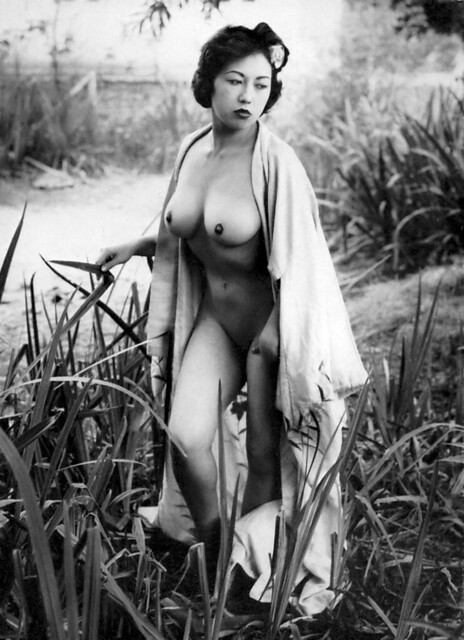 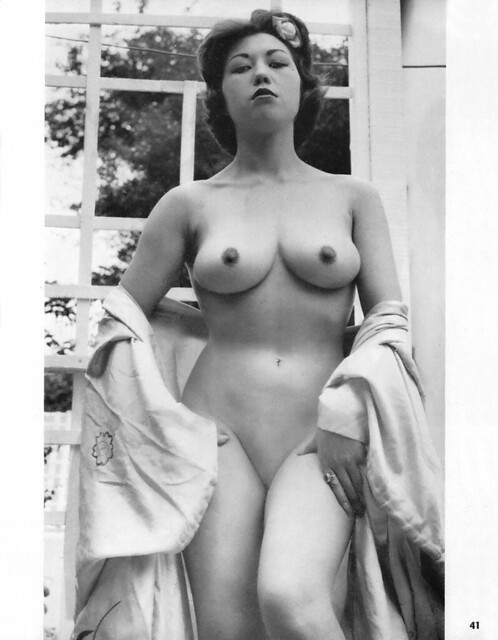 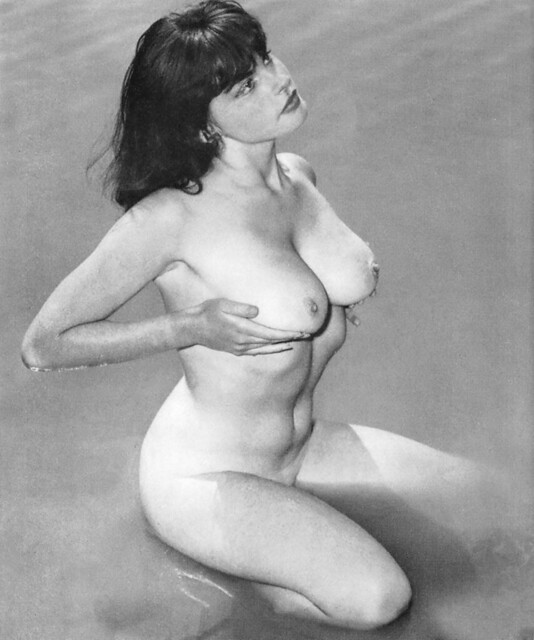 Sally Douglas (Billie Decker) in a playful pose, kneeling nude in the sea from Model No.14 by Russell Gay. Sally’s early career was as a glamour model appearing in various UK glamour magazines in the late 1950’s and early 1960’s, including several publications by Russell Gay.  Theses included her on the cover of QT No.23 and No.26, along with the cover of Model No.12.

She later went on make several appearances in well known 1960’s UK comedy Films and TV series, such as ‘Carry On’ films, On The Buses and Dads Army. Unfortunately Sally passed away in 2001 from cancer, but was a stunning beauty in her early days 🙂 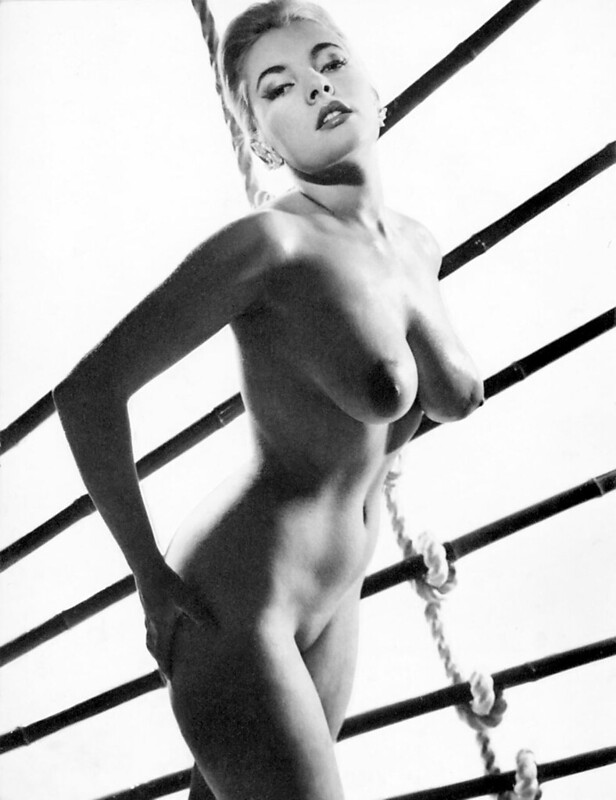 Virginia Green from the pages of Model No.14 by Russell Gay with a very odd background of knotted bamboo canes.
+15
No comments 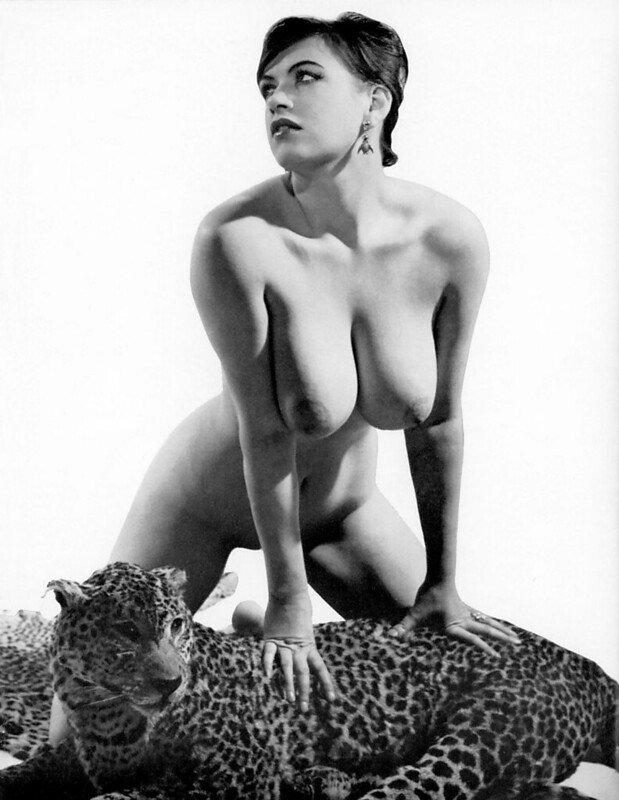 Terry Maloney by Russell Gay from Model No.14 posing with a stuffed leopard of all things! There are four shots in this magazine of Terry in different poses with the leopard, but thankfully Terry’s massive tits are a much better distraction!
+8
No comments 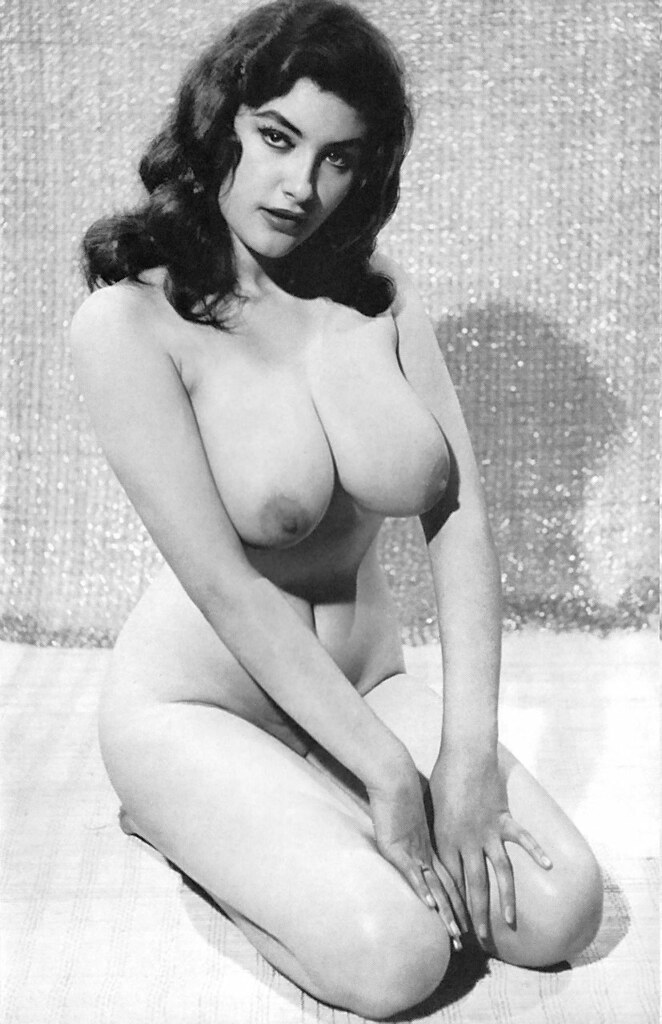 Wow! Need I same more but Ann Austin in all her big boobed glory by Russell Gay and published in Model No.14. An Ideal candidate for Oldiznewagain 🙂
+10
error: Alert: Content is protected !!