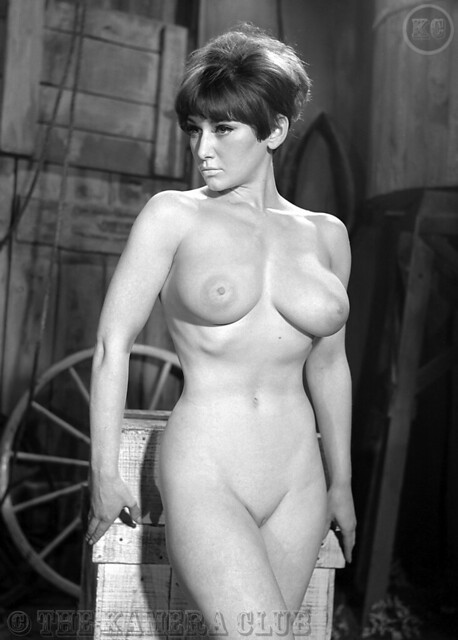 Gill Evans from a scan of an original negative with the slightly censored version of the same shot appearing in Kamera No.81 P37 (1967). Gill Evans was already a well known and popular model in other UK & US based publications when Harrison Marks offered her a place on his annual Cornwall shoot in 1966. All of the photos from the shoot that he published were reproduced in Kamera on Location ’66. He also did a studio shoot of her and fifteen of these photos were published in Kamera No.81 including the front cover and the shot above.