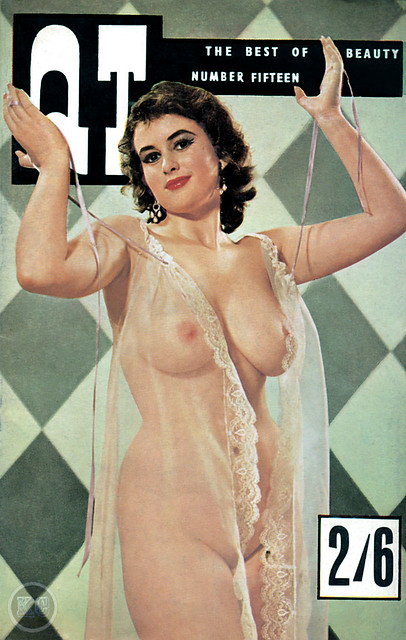 It feels like a QT type of day, so another cover this time QT No.15 featuring the buxom beauty Valerie Kent in a very sheer negligee! An absolutely stunning curvaceous figure and another model with a rather large round set of tits 🙂 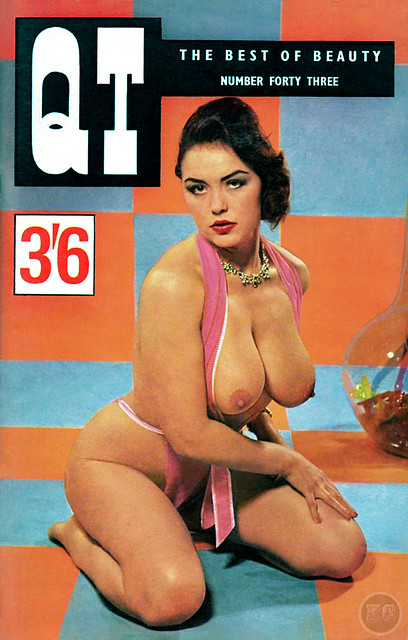 The bountiful Pat Ebden on the cover of QT No.43. I thought I’d pretty much posted everything I have on this phenomenal beauty, as there really doesn’t seem to be much around of Pat, until this shot plus several others from the same magazine appeared in my inbox this morning. It seems nearly of her stuff was taken by and published in magazines by Russell Gay, including this shot, but what a shot it is and she really did have a fabulous figure and ample chest.

Thanks must go to Paul from Firebird Records for sending this and the other shots of Pat over this morning. Paul constantly sends over scans from his large and diverse vintage magazine collection for the site and seems to know just what I like to see and post from Harrison Marks magazines to models such as Pat.

It’s always good to get something to perk you up first thing in the morning and Pat certainly did that! 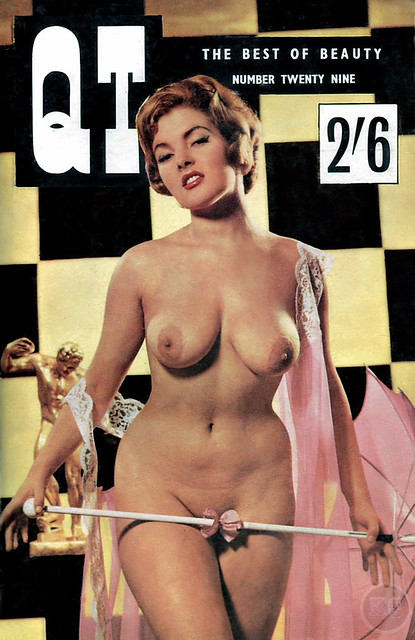 The vivacious Virginia Green on the cover of QT No.29 by Russell Gay. A rather good shot of Virginia with a very well placed bow on the umbrella handle! Gay tended to be more colourful and garish with his magazine covers than Harrison Marks, with much more going on in them and the accompanying centrefolds. The centrefold from this edition also features Virginia posing on a western set in a cowgirl outfit, which I posted back in 2013 here. 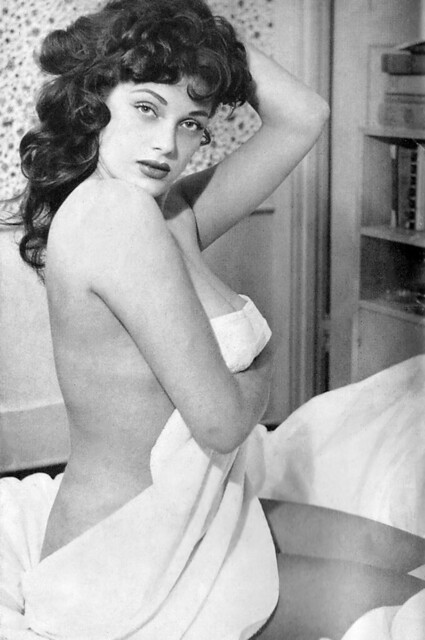 Dolores Reed by Russell Gay, just out the shower and posing with just a towel for modesty from QT No.13 P8 (1959). 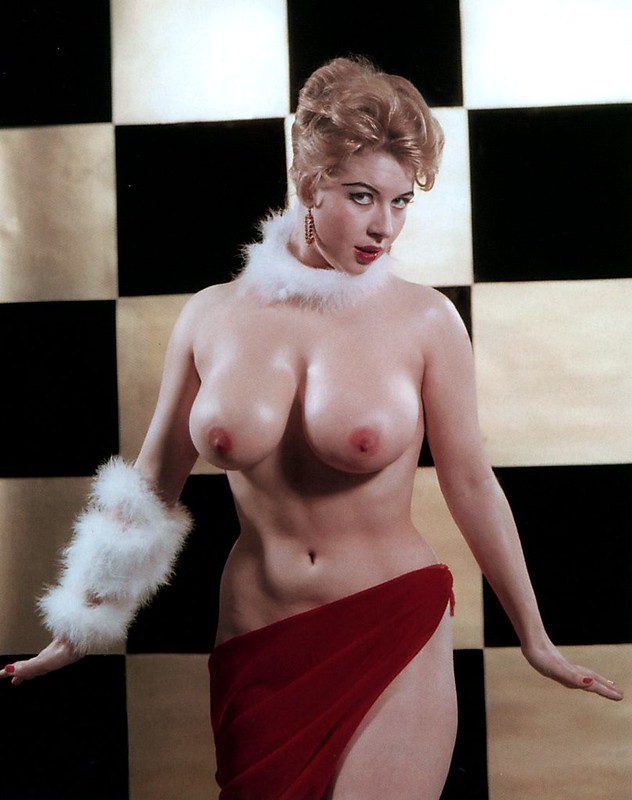 Marie Davis (AKA Ronnie Caldwell AKA Karyn Keith) posing for Russell Gay with the infamous checked background used on many of his QT covers! A similar shot to this of Marie also appears on the cover of QT No.37. I’m afraid these pumpkins are as near as you’ll get to a Halloween post from me 🙂
9+
error: Alert: Content is protected !!