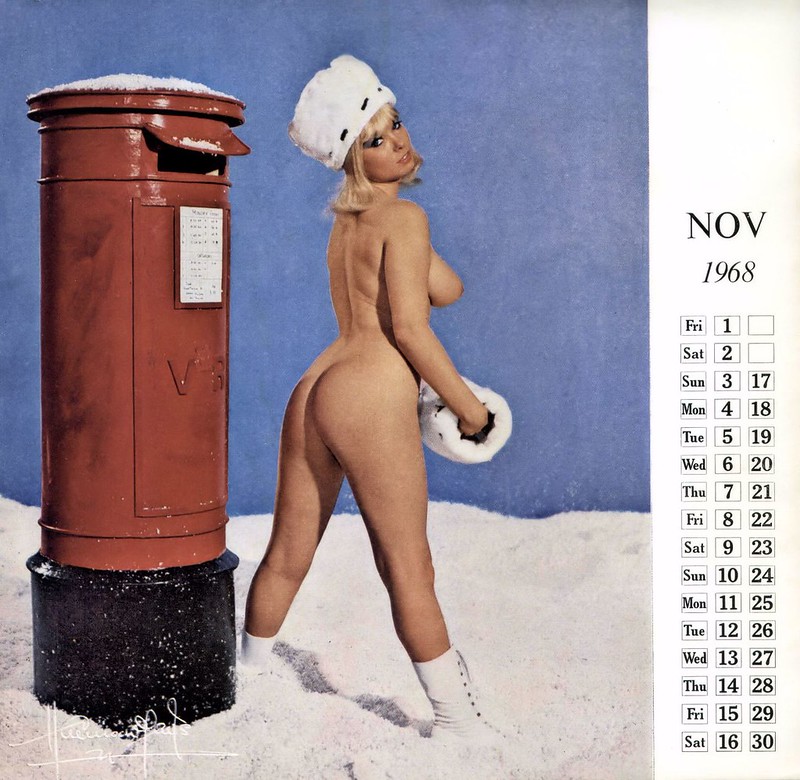 Out of sync with my other 1968 Kamera Calendar posts, but I’m sure you’ll forgive me! The November page of the 1968 Kamera Calendar featuring Nicky Stevens in the snow with nothing more than white boots, hat and hand warmer to protect her from the elements!
Don’t forget today is the last UK postal day for all your 2nd class post if you want people to get it before Xmas! What a service I provide, nude women, witty banter and public service announcements 🙂
3+
No comments 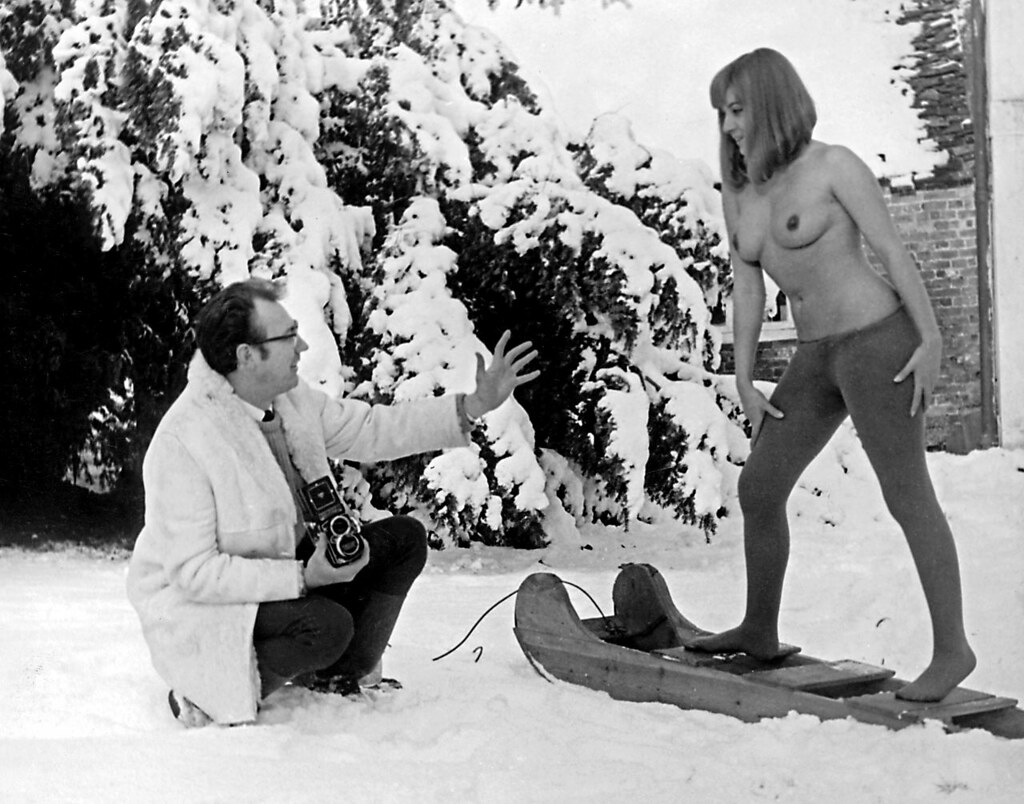 After commenting yesterday that I was running out of snow shots for the festive season up popped this shot in my inbox from Terry, with the following note:
‘Looking at the site today I see that you say you are running out of snow pictures. I thought you may like the attached shot of me working with a French girl called Marieange, in the snow at Walden Manor. The quality is not great, it’s from a print given to me by Jim Clark (owner of Walden Manor) who took it. This was my first shoot with this girl and I also had a session with her and Rena Brown working together behind closed doors in a Boutique in Camden Town.’
Fantastic candid shot of Terry himself at work, although I’m not sure about the white winter coat and the poor girl must have been frozen like that! I’d love to see some of the Rena Brown shots as have so few of her for the site, but a big thanks to Terry for this great shot and always worth sharing.
0
6 Comments 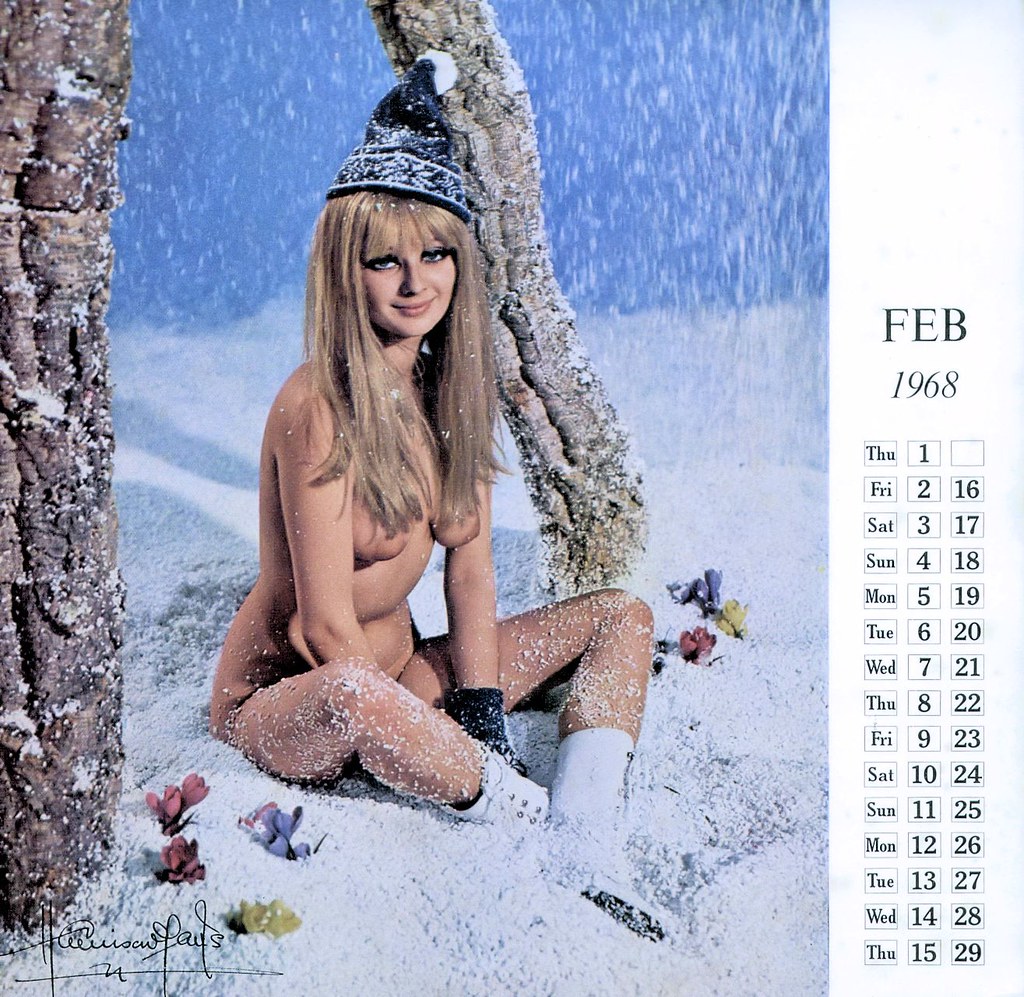 There is a definitely a theme with the Kamera Calendar for 1968 by Harrison Marks, especially for the winter months, snow! Here we have Rosalie Peters sat sporting a very attractive bobble hat for the February page. I think she could do with some pants on though, as I bet her bum is cold sitting on that snow 🙂
0
No comments 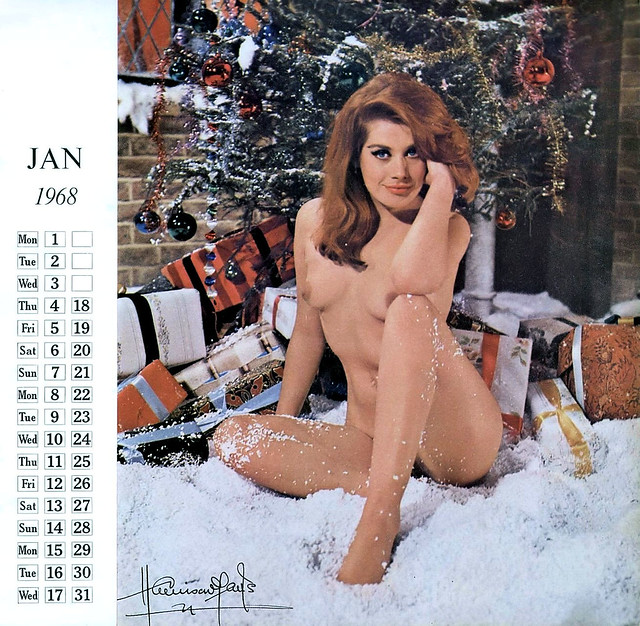 Dawn Grayson looks simply stunning in this shot for the January page of the 1968 Kamera Calendar! The eyes, the hair, the look and pose all perfect and what more could you ask for under your Xmas tree on Christmas morning! Today’s Xmas Cracker is Teri Martine in a long black wig on a big wrapped present.  Now she would be be good popping out of a present like this! This comes from page 53 of the Kamera Winter Special again.
2+
error: Alert: Content is protected !!