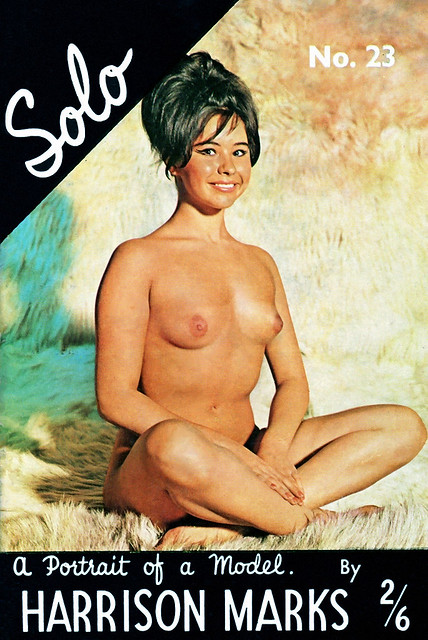 Jackie Salt on the cover of Solo No.23 (1961) dedicated to images of her taken by Harrison Marks. Jackie appeared in both Kamera and other GHM publications during the early 1960’s, including one of the starring roles in the film ‘Naked as Nature Intended’, but I can’t say she was one of my favourite GHM models!

Compared to other models she had a very slim frame and very small perky boobs, which is probably why I shy away from her images, as I am much more of a curves man! Regardless of her figure, she always seemed to be very smiley in all her images and the film 🙂 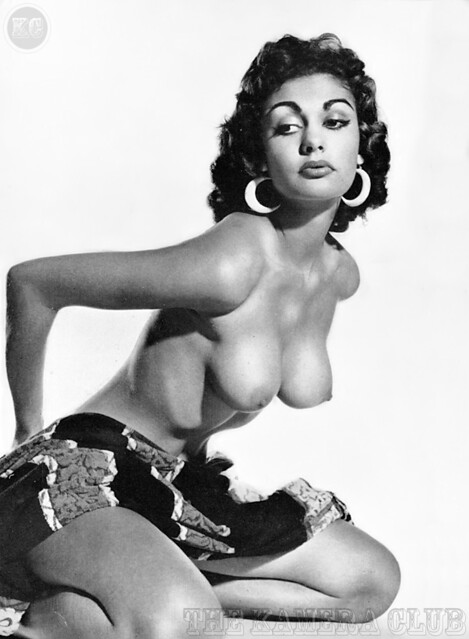 Julie (Shearing) covering her lower region with a towel from an image from Solo No.4 P14 (1958) by Harrison Marks and totally dedicated to images of Julie. We know from previous uncensored images of Julie here, that the towel had plenty to cover! 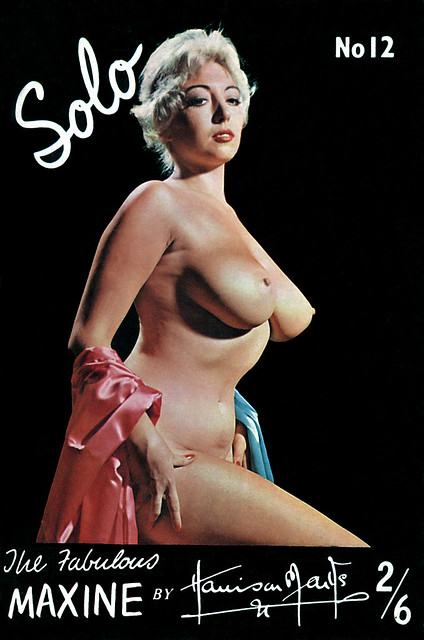 Maxine (Elaine Ecke) on the cover of Solo No.12 (1959) by Harrison Marks. Cracking cover shot of Maxine highlighting her skills and those almost perfectly shaped tits that seem just the right size, not too big, but not too small either! 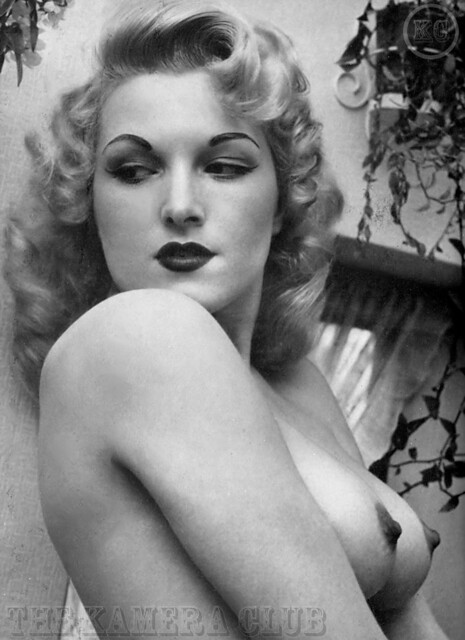 A closely cropped shot of June Simpson from Solo No.5 P8 (1958) showing off her perfect lips and eyebrows, as well as that 1950’s hairstyle. But lets not forget June’s assets upfront as well 🙂 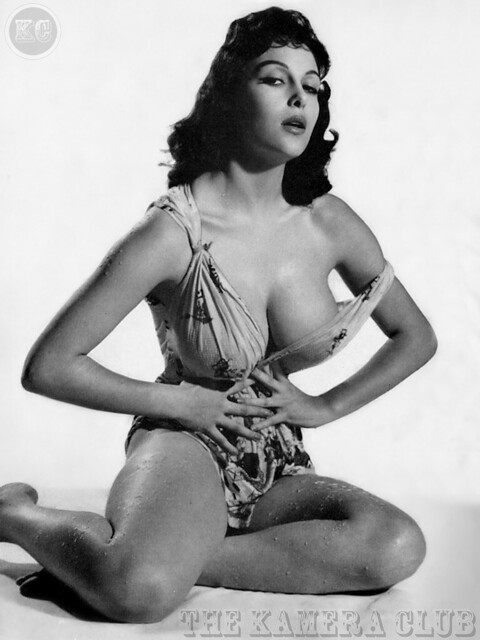 Marie Deveraux from the pages of Solo No.8 P14 (1959), which is solely dedicated to her by Harrison Marks. A very wet looking Marie, but at the same time looking extremely hot as that soaked dress clings to all the right places. I love how she pulls that wet dress tight against her body, making it cling to those big round tits. An extremely wet but hot shot!