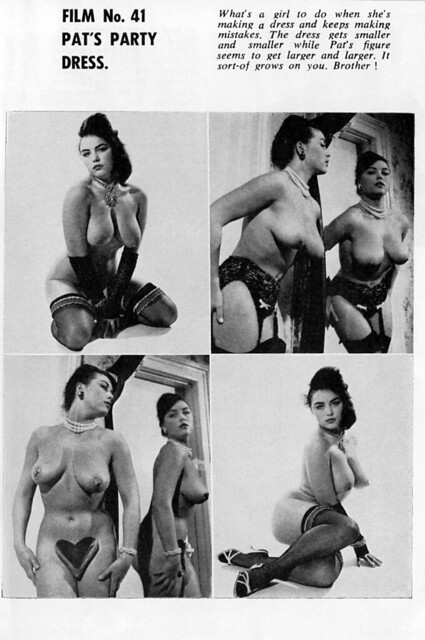 Pat Ebden featuring on a page in the Venus Films Catalogue (P22) by Russell Gay. It advertises the glamour film No.41 ‘Pat’s Party Dress’ in either 8mm (50ft) or 16mm (100ft) for the buyers viewing pleasure. Although from the production stills above it doesn’t seem to involve much of a party dress!

Pat Ebden is one of those models that is a favourite, but also one I have very few photo’s of or copies of films such as this. What I do have of her I’ve published is stunning, but just not enough! Now I know there are films of her alone and with both Tina Madison and Marie Davis I’m on the hunt for copies 🙂