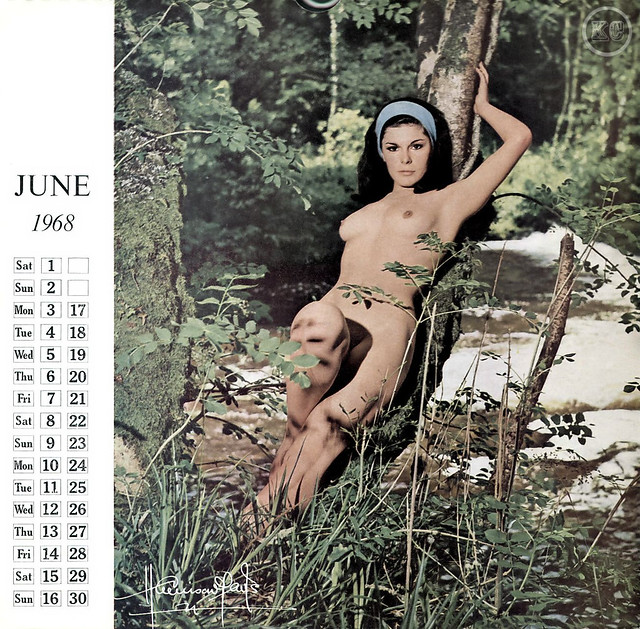 Penny Winters propping up a tree from the June page of the 1968 Kamera Calendar. Probably a shot that was originally taken of Penny down in Cornwall as part of the Kamera on Location 66 set, as the river in the background seems similar to other shots from that set. Nice strategically placed knee and shadow 🙂