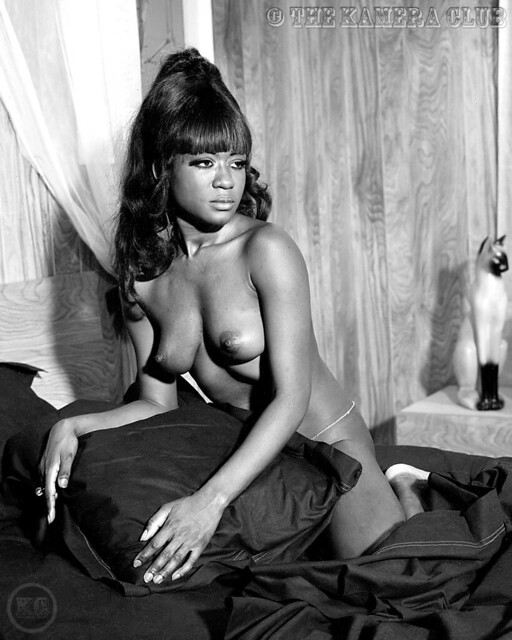 Another model that posed for Harrison Marks, that until yesterday I was unable to identify, but now know it’s Virginia Jones. Eve was an actress that appeared in many small parts for UK films including ‘The Nine Ages of Nakedness’ in which she was spotted by GHM. He then asked her to pose for a set of images, one of which is above, with a collection of the rest being published in New Kamera No.1 (1969). Which is where I saw her yesterday as I have a copy of New Kamera No.1 and happened to look through it and found Virginia/Eve and a couple of other unnamed models I’ve now been able to name!

Note: These are original images and subject to this copyright notice