An Unknown Gift From The Gods! (Original) 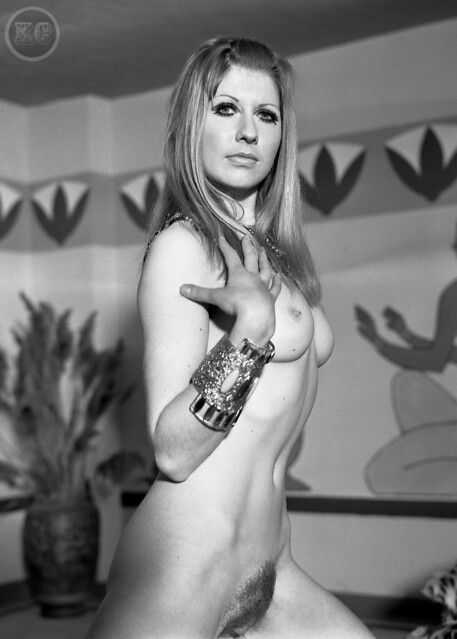 This long blonde haired beauty is another unknown model used by Harrison Marks in several of his shoots, but as of yet I have no name for her, but did post this shot of her in the past under Unknown Model No.13.

She seems to have posed for GHM in his flat in several rooms, plus the cottage kitchen set and as in this shot on the Egyptian set. Looking at this shot and similar I would say they were stills from the GHM film ‘The Nine Ages of Nakedness’, as she appears in the background of several scene’s including “The Egyptians” and “The Future”.

Regardless of having no name she has a stunning figure on her and you get a side view of her thick lush mound and a bit more! Thanks to Ray for yet another stunning original shot from his Harrison Marks collection.