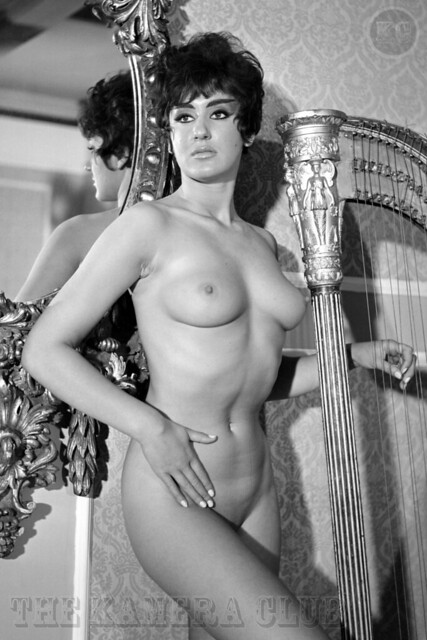 Another shot that I again posted back in 2014 from the published version that appeared in Femme No.11 (1968) here, but now I have the original negative.

A beautiful shot of Beryl Gilchrist in high resolution and for members in its original medium format size. The clarity between the two shots is stunning, but no difference in the two versions censorship wise, as Beryl is posing with her leg cleverly placed to hide anything that may need to be retouched! The published version was more tightly cropped on Beryl than this, but I prefer to see more of the ornate surroundings and harp in my shot. Not that we shouldn’t be focussing on Beryl’s slender naked figure, as it is rather nice to look at 🙂